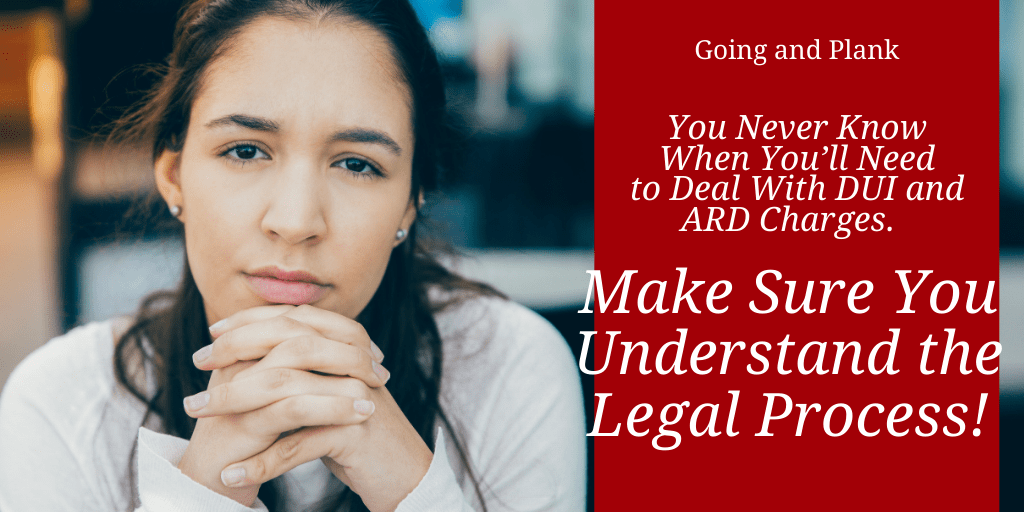 Getting pulled over for driving under the influence (DUI) of drugs or alcohol can change someone’s life in an instant. In just a few moments, someone who was otherwise a law-abiding citizen can face arrest, prosecution, fines, license suspension, state-mandated classes, probation, and even time in rehabilitation centers, jail, or prison. In Pennsylvania, getting charged with a DUI can affect every part of life–even the most lenient DUI sentences include fines and probation.

Furthermore, Pennsylvania has a well-enforced Implied Consent Law. That means that anyone using public Pennsylvania roadways agrees to tests of their blood, breath, and urine to determine their intoxication level and ability to drive (whether they are “under the influence”). Refusing to submit to these tests is punishable by an automatic one-year license suspension. With every following refused test, that penalty increases.

ARD: An Option for First-Time Offenders

While our state is tough on impaired drivers, Pennsylvania law can be more lenient under certain conditions. If the driver has not damaged property or caused harm to others, has not been charged with a DUI in the last ten years, or has a clean record and carries insurance, they may be able to participate in the ARD program. ARD stands for Accelerated Rehabilitative Disposition and is a program for first-time offenders. Drivers with passengers under the age of 14 are not eligible for this program, but for those who are, ARD probation is one of the best ways to avoid getting a record. 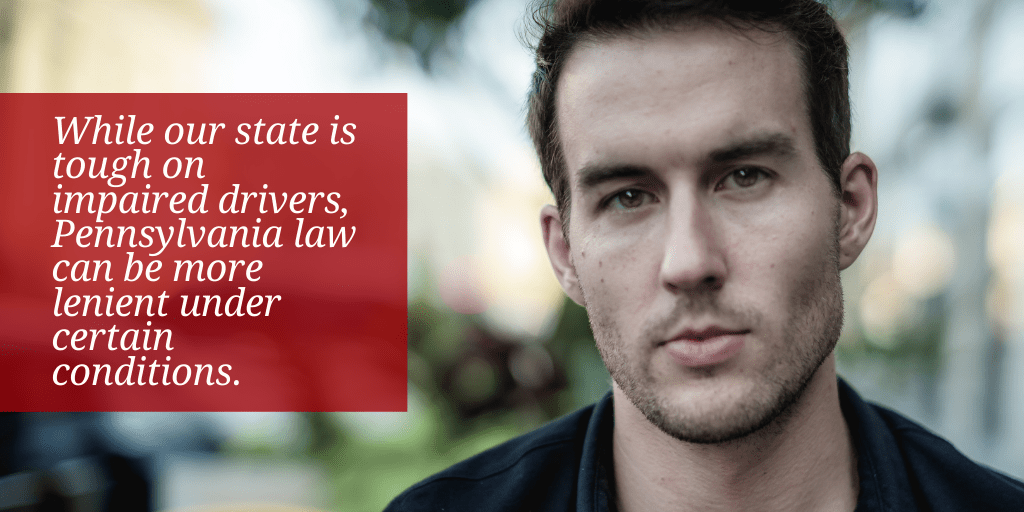 After completing the required parts of the program, ARD participants can eventually request that their records get expunged, as long as they avoid additional charges. Once that happens, all agencies are required to destroy any records of the arrest. That includes local police, state police who maintain the rap sheet, and the courts.

Despite the leniency of the ARD program, it doesn’t allow participants to get off without any punishment. In the program, the participant is subject to between six and 12 months of probation. In Pennsylvania, that means courts can impose a wide variety of restrictions on the probationer. Typically, they must check in with their probation officer monthly or when directed otherwise by the officer. They must also notify their probation officer of any change in information such as address, place of employment, or phone number. Other common restrictions include not being allowed to leave the state without court permission, submitting to drug tests, or being unable to possess a firearm, although these are far less common with simple DUI charges.

And for ARD program participants, any DUI charges in the next ten years will be treated as second offenses. Participants must attend mandatory driving safety classes and pay charges of $1,500 to $2,000. Depending on the blood alcohol level recorded at the time of arrest, ARD participants may also temporarily lose their licenses. So, although ARD is a great program to help first-time offenders get through DUI charges, it has very real consequences. That’s why it’s crucial that people who believe they were wrongly charged understand that ARD is not without consequence. Some people believe that it’s best to take an ARD offer because it is the easiest thing to do. However, if someone believes they should not have been charged with a DUI at all, they should contact a DUI attorney at Going and Plank to discuss options.

While participation in the ARD program is considered a type of “lenient probation” and offered at the discretion of the District Attorney’s office, there is an advantage to participants–a public prosecutor has to agree to let the defendant into the ARD program. In addition, a judge must then grant final approval. The judge also decides the length of the ARD, which can last up to two years in extreme circumstances.

Because of this, it’s smart for defendants to hire an experienced ARD attorney to represent them. To successfully apply for the ARD program, a good argument with strong support and evidence is necessary. 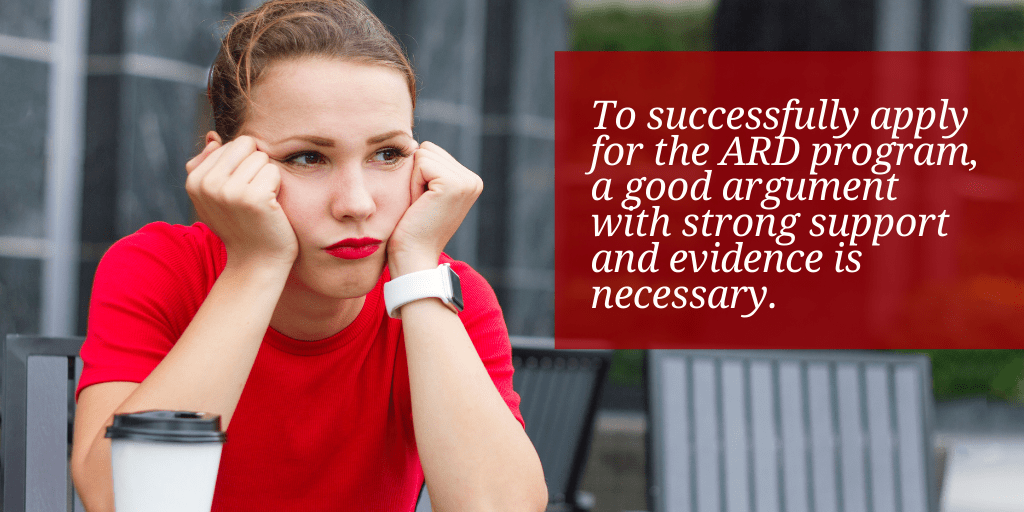 What if an ARD Application is Denied?

If the prosecutor or judge denies an ARD application, the defendant or their legal counsel can request that the District Attorney reconsider.

Because Pennsylvania has such tough DUI laws, the penalties can be severe. Like most states in the country, Pennsylvania has gotten far less tolerant of impaired driving in recent years. Drivers under the age of 21 get even less lenience. Although drivers age 21+ can have a blood alcohol concentration of up to 0.08%, drivers under the age of 21 can be charged with a concentration of just 0.02%. The table below explains penalties for DUIs based on blood alcohol content (BAC).

DUI Penalties for the Highest BAC (.16% and higher) or Controlled Substance

DUI penalties can wreck finances and futures. Pennsylvania’s ARD program is a good choice for otherwise law-abiding first-time offenders to minimize the impact of an isolated mistake. To speak with a Lancaster County DUI lawyer about ARD or DUI representation, contact us today.

Want to learn more about DUIs and ARDs in Lancaster County? Check out this article.

How DUIs and ARDs Work in Lancaster County