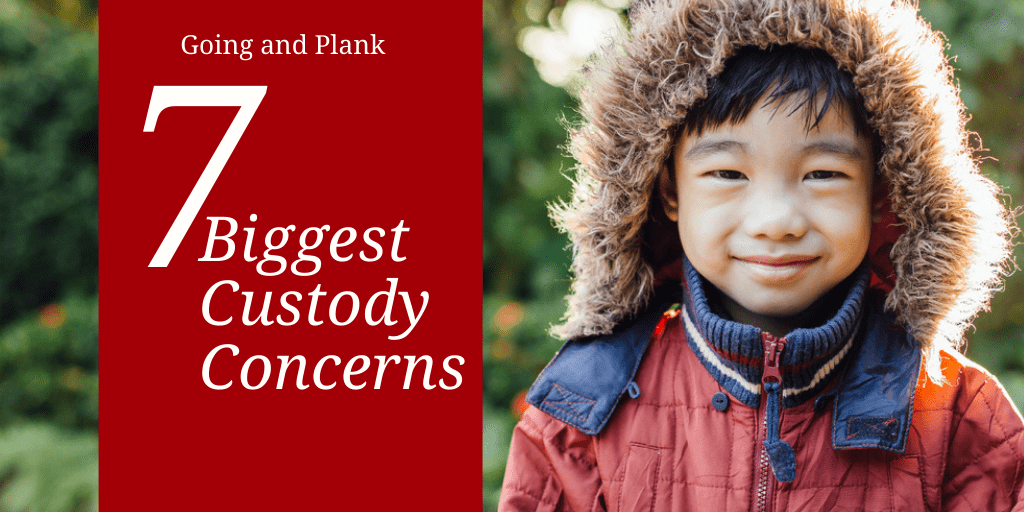 When a parent must start planning for custody agreements, there are a lot of details to consider. Balancing the practical aspects with the emotional implications can be challenging and stressful. But it can help to remember that many other Lancaster County parents have faced the same issues. In this article, we share seven concerns shared by many Pennsylvania parents.

One: The Stress of Parental Fighting

Divorces are rarely amicable. Many splits include a series of spats and fights. However, few parents are comfortable bickering in front of their children. Most caregivers agree that arguing in the presence of children can be stressful and even cause emotional damage. 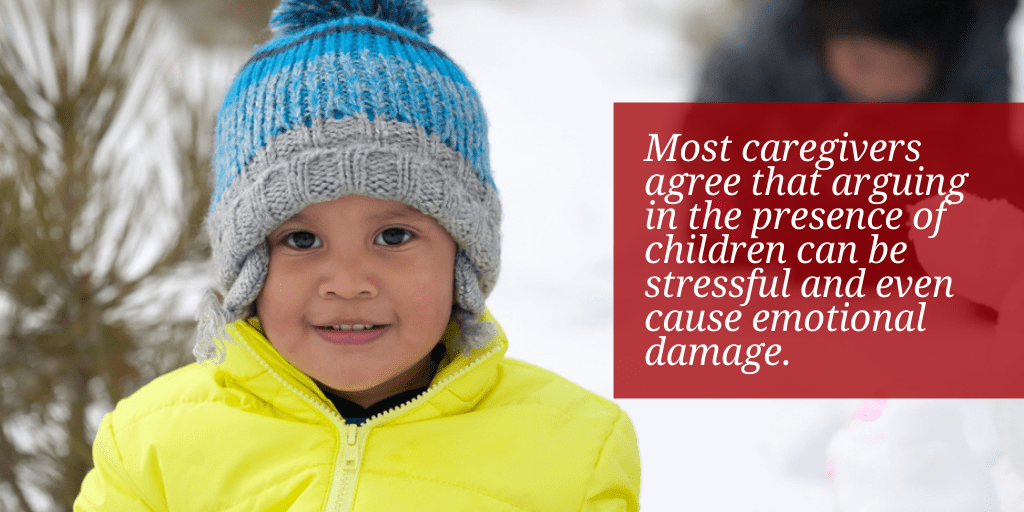 Quarrels and disagreements in front of the family can also harm a parent’s case in child custody hearings. Shouting when the kids are around is an activity that can be cited to support accusations of aggressive behavior or even abuse. That’s why custody judges take such charges very seriously.

If a parent is having trouble staying calm when speaking with an ex, a custody lawyer may help diffuse the situation by acting as a dispassionate third party who can handle communications.

Once a father or mother starts divorce proceedings, they may want to push the other parent out of their life for good. But avoiding all contact with a spouse is rarely the best path to a fair custody arrangement. In Lancaster County, judges prefer joint or shared child custody agreements unless exceptional circumstances exist, such as abuse, addiction, or abandonment. Otherwise, judges prefer a co-parenting agreement because it’s a healthy solution for the child.

When a parent tries to limit or eliminate visitations unnecessarily, it can make children feel defensive, depressed, or alienated. Joint child custody and a cooperative co-parenting approach can smooth the transition into a two-family life. However, co-parenting requires cooperation and takes a lot of work.

Mothers and fathers who are struggling to create a co-parenting agreement should seek advice from a Lancaster County child custody attorney. A custody lawyer can offer impartial and objective legal advice and help develop custody arrangements that work.

When interim custody agreements are established, many parents view them as guidelines instead of binding legal documents. Rescheduling planned time, keeping the child longer than agreed upon, or skipping visits might seem like minor infractions, but the courts take these breaches seriously. Violating custody rules can be grounds for altering agreements or awarding less visitation. 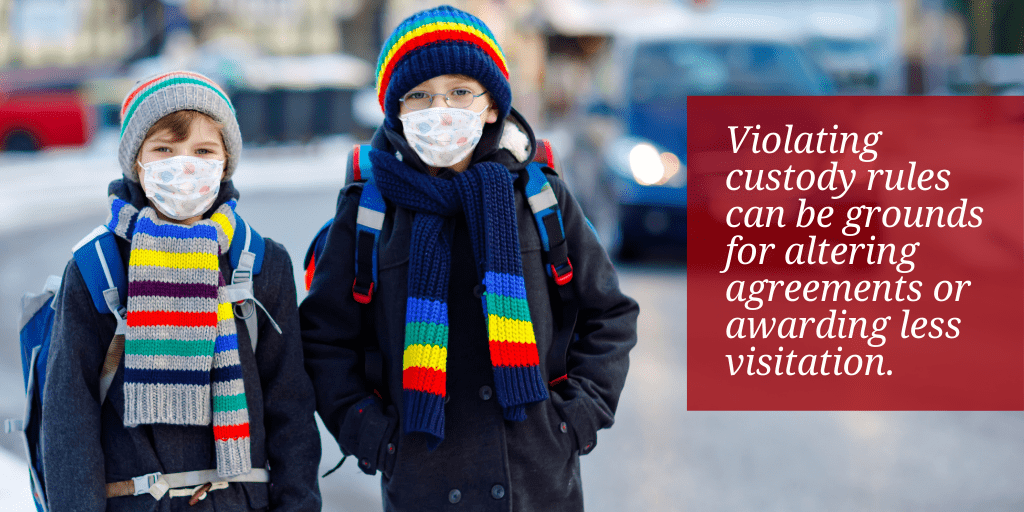 If either parent wishes to change the custody agreement, it should be handled as a petition for change to the courts. A custody attorney can provide counsel on the advisability of alterations, help draft revisions, and submit the petition to the courts.

When divorces happen, one or both spouses often feel angry, resentful, and vengeful. However, it’s essential to protect children from those emotions. When a mom or dad makes unkind comments about their ex in front of their offspring, the child is the one who gets hurt. A history of disparaging remarks can also damage a custody case.

The same goes for posting unkind comments on social media. Pennsylvania law allows plaintiffs to submit social media posts as evidence during custody battles. This also applies to online content that isn’t overtly offensive, such as photos of parties, expensive vacations, or new romantic partners. These types of posts can be used to paint an unflattering picture of parenting skills. Most custody lawyers advise their clients to play it safe and stay off social media until custody hearings are completed.

While it’s easy to get annoyed with a spouse who is late picking up or dropping off a child, it’s unwise to reciprocate by also being late. Instead, parents should stick to the details of the custody agreement, even when their exes fail to do so.

Inconsistency is grounds for changing the custody agreement. So don’t risk unfavorable revisions to the existing agreement. Be prompt, and quietly track your spouse’s inconsistencies to use in any future custody hearings.

Keeping track of a child’s schedule can be challenging for any parent, whether married, separated, or divorced. But once parents are in separate households, it can get a little more complicated. A cooperative co-parenting approach may help keep appointments straight, but this is a common source of conflict in many families.

Many mothers and fathers feel resentful of extracurricular activities that occur during their allocated time. However, outside interests are important for a child’s social and physical development and should be encouraged. A Lancaster County child custody attorney can help parents create schedules that give them the flexibility to support their children’s needs and interests.

Working to get a fair custody agreement can feel intimidating and lonely. Family law is a complex arena, and legal jargon can be confusing. Mothers and fathers can make it easier on their kids by making it easier for themselves and hiring an experienced Lancaster child custody lawyer. Contact Going and Plank in downtown Lancaster for a free consultation on creating fair custody agreements and amending existing custody arrangements.

Want to find out more about family law in Lancaster County? Read these articles and blogs: