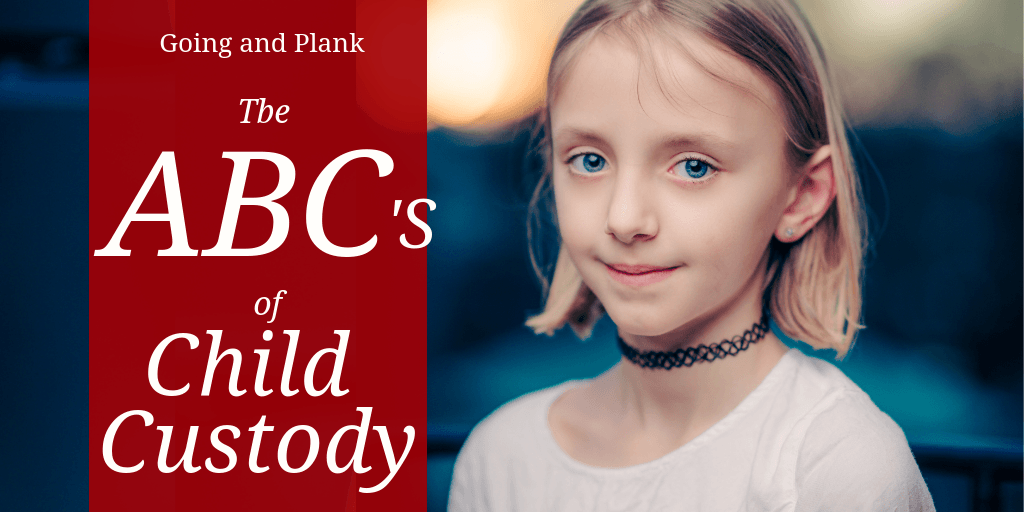 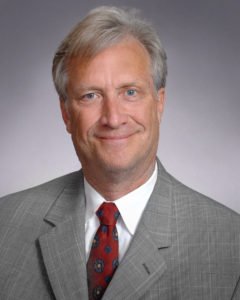 Working through child custody can be intimidating. You may be emotionally distressed, and you might be dealing with courts and legal systems for the first time in your life. To make things even more complex, many of the terms and legal language used during the process and proceedings can be hard to understand or easily misunderstood.

That’s why we’re giving you the ABCs of child custody. Here are some important terms you should know. While we don’t have one for every letter of the alphabet, if you get familiar with these terms, you’ll greatly increase your knowledge of the relevant legal language.

Arrears is the legal term for past due. If a parent owes past due child support, that person is said to be “in arrears.”

Use it in a sentence: “Since he has not paid child support for two months, he is now in arrears.”

B: Best Interest of the Child

The court will make its custodial determination based on factors that will positively impact the child’s welfare, happiness, mental health, and emotional development.

“Although it was not the personal choice of either parent, they both believed that shared custody was in the best interest of the child.”

B: Burden of Proof

This term is used when one has been assigned the duty to prove an issue or argument. The person with the burden of proof must produce enough evidence to definitely support their claim or statement.

Use it in a sentence: “Because the burden of proof rests on the person making the accusation, she had to prove he was an unfit father.”

When parents give financial support to a child or children in someone else’s custody, they are paying child support. Child support can be a voluntary payment or may be mandated by a court or other legal authority.

Use it in a sentence: “Steve pays child support to his ex-wife to ensure she has the financial means to care for their children.” 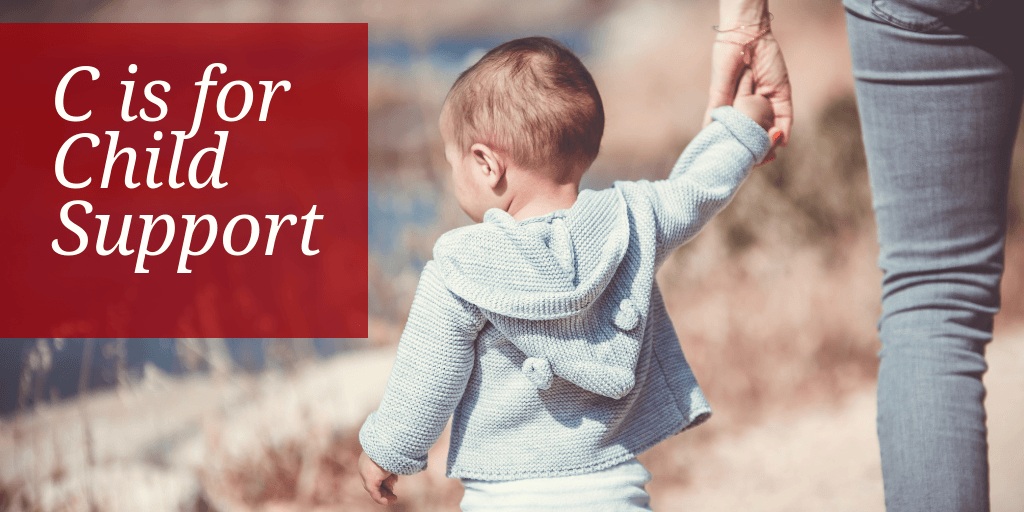 When a party does not follow the court order, he or she can be found in contempt of court, or contempt, by the court after a judicial proceeding. A finding of Contempt may alter the custody order, result in fines, or, in rare cases, imprisonment.

Use it in a sentence: “When he ignored the details of the custody agreement, he was found to be in contempt.”

In places where initial custody orders are often made, attorneys and their clients meet with a conference officer to discuss their case in an attempt to resolve custody issues and put forth their custodial plan.

Use it in a sentence: “During the custody conference, compromises were made.”

If the custody matter can’t be resolved at a conference, it is scheduled for a hearing, in front of a judge, using sworn testimony, witnesses, and exhibits.

Use it in a sentence: “Because they could not come to an agreement, they had to schedule a formal custody hearing.”

This legal term describes a person who is under the care of a parent or caretaker, and who cannot legally live on his/her own. In Pennsylvania, a child usually ceases to be a dependent when they reach the age of 18.

Use it in a sentence: “The child custody settlement covered expenses for both of her dependent children, but not her 21-year-old daughter.”

Use it in a sentence: “Before any decisions were made, Domestic Relations reviewed the case.”

When used in connection with child custody, enforcement refers to the remedies made to obtain payments as outlined in a child custody order. Examples of enforcement remedies include wage garnishment, liens, denied passports, seizing of assets, contempt of court proceedings, and more.

Use it in a sentence: “If she continues to miss her child support payments, enforcement may be needed.”

Often referred to as FIDM, this process refers to matching the information on financial accounts, such as banks or brokerage houses, with people who owe past-due child support (also referred to as arrearages).

Use it in a sentence. “Because it allowed us to uncover all of his financial resources, the FIDM process was instrumental in re-starting on-time custody payments.”

When part of a person’s wages or assets are automatically withheld, usually involuntarily, it is called garnishing wages, or garnishment

Use it in a sentence: “After she missed child support payments repeatedly, they started garnishing her wages.”

Another term for automatically withholding payments from wages. Usually involuntarily. Also referred to as a wage withholding, or garnishing wages.

Use it in a sentence: “When parents don’t pay child support on time, income withholding becomes an option.”

A judgment is an official decision or finding of a judge (or administrative agency hearing officer) after hearing the respective rights and claims of each party. Also called a decree or order.

Use it in a sentence: “A judgment is the court’s final decision on your child custody case.”

To levy assets is to seize personal property, accounts, and items of value, with the intention of selling them to satisfy a child support debt.

Use it in a sentence: “The court issued a levy on his home because his child support payments were in arrears.”

Also referred to as MSO, this is the money a noncustodial parent is must pay each month for child and/or spousal support.

Use it in a sentence: “The MSO had not been paid for two months, so the court garnished her wages.”

Sometimes abbreviated as the NCP, this is the parent who does not have custody or primary care of the child and may be obligated to pay child support. Sometimes referred to as the obligor.

Use it in a sentence: “The noncustodial parent always paid the MSO on time each month.”

Also called the OCSE, this is the federal agency that administers the Child Support Enforcement program. The OCSE operates the Federal Parent Locator Service, including the National Directory of New Hires and the Federal Case Registry. OCSE operates within the Department of Health and Human Services.

Use it in a sentence: “When they couldn’t find the missing parent, they used the OCSE to track down his current place of employment.”

This process automatically compares child support case data from the Federal Case Registry with previous submissions and the employment data in the National Directory of New Hires. The resulting information is then returned to the appropriate state(s) for processing.

Use it in a sentence: “The Proactive Matching Process can be used to help enforce child custody and visitation orders, to track down missing parents, and to assist in cases of parental kidnapping.”

The party/person with whom a child primarily resides and attends schools.

Use it in a sentence: “Because her mother was awarded primary custody, she is staying in the CV school district.”

Also referred to as a QMCSO, this is an order, judgment, or decree, including approval of a settlement agreement, that is issued by a court or administrative agency that allows a plan administrator to enroll a child in the parent’s health plan.

Use it in a sentence: “The QMCSO enabled the child to be included on his father’s group health plan”

In this periodic process, support orders in child support cases are evaluated and adjusted. It may be decided by a court, or by an administrator in the Department of Human Services.

Use it in a sentence: “When the father received a large raise, a child support review and adjustment soon followed.” 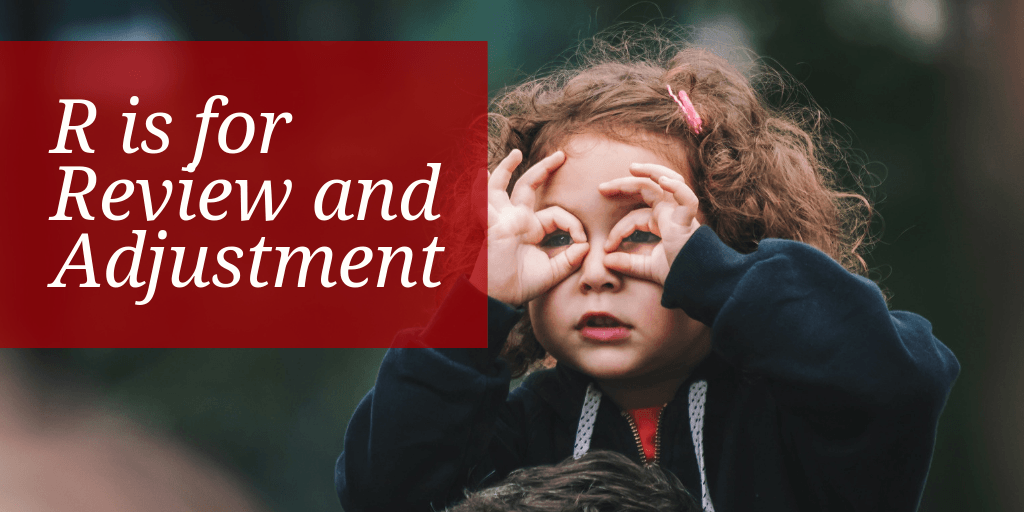 The Service of Process is the actual delivery of legal paperwork that notifies a person of legal action, and that requires that person to respond to the action. Also known as being served or serving papers.

Use it in a sentence: “Service of Process is required to initiate a custody hearing.”

Periods of time allotted to the person or party who doesn’t primarily reside with the child. This time allotment is usually specific and spelled out in an agreement or court order.

Use it in a sentence: “She was granted temporary custody.”

When parties seek to establish paternity or initiate a child support order that crosses state lines, the home state must file a Two-State Action to allow them to claim legal jurisdiction over a noncustodial parent who lives in another state.

Use it in a sentence: “To petition for child support from a spouse who had moved to Maryland, the Pennsylvania attorney had to file a Two-State Action.”

The UIFSA is a law, enacted by all states, that outlines the structure and enforcement of child support. It empowers state child support agencies to garnish wages across state lines.

Use it in a sentence: “The parent moved to another state, but because of the UIFSA, they were not able to escape income withholding.”

Use it in a sentence: “She was awarded sole custody, but he retained visitation rights.”

Use it in a sentence: “When a parent refuses to honor child support orders, wage withholding a common remedy.”

These are just a few of the terms you may want to learn to become more comfortable in the world of child custody and support. When you’re ready to determine or review your child support and custody agreements, The Law Offices of Going and Plank in downtown Lancaster, PA can help. Contact us today.

Want to learn more about child custody and child support? Read these blogs by Robert Going.