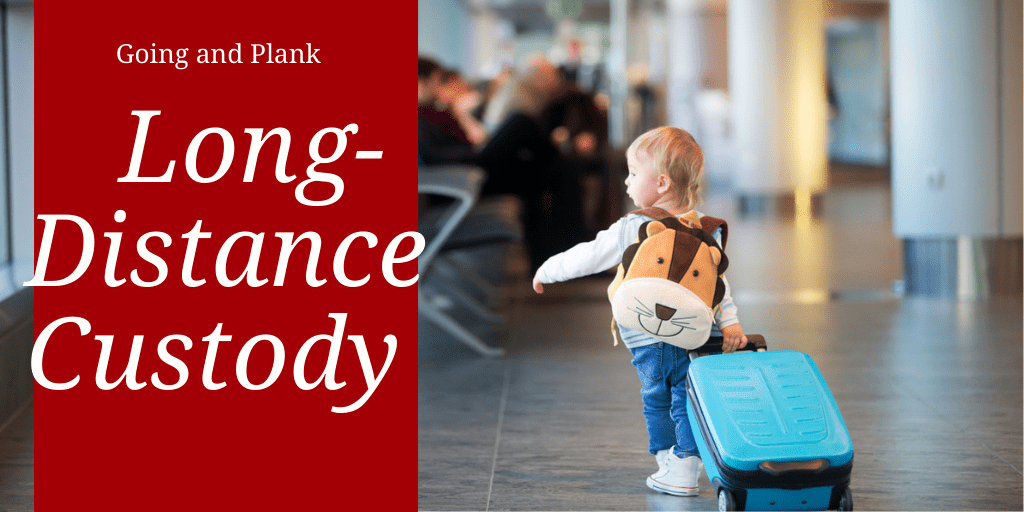 No one wants to be away from their kids for too long. Sometimes, even something as simple as a sleepover can cause parental anxiety. So it’s no wonder that long-distance parenting is so challenging.

When parents split up, things can get more complicated. One or both parents may find it necessary to move. However, even if that move increases the distance between parent and child, it’s still possible to create a custody agreement that fosters close bonds.

Pennsylvania child custody laws were developed to put the child’s interests first. As a result, Pennsylvania courts often favor arrangements where the child maintains a relationship with both parents. However, shared custody agreements rarely translate into equally shared time with the child or evenly balanced decision-making. Instead, most agreements are developed based on a range of factors. And when parents are dealing with long-distance, those factors can become more complicated.

Any visitation arrangement should be created to secure the health and happiness of both the parents and the child. However, balancing the needs of the child with the needs of the parents is rarely simple or straightforward. Many factors impact the final agreement. Some of which are covered here.

An offspring’s age is a major consideration in any custody agreement. Very young children may want to see both parents frequently. Older children may find that frequent changes disrupt school or sports schedules. Distance from school is a factor, and the child’s emotional needs will also change as they grow. 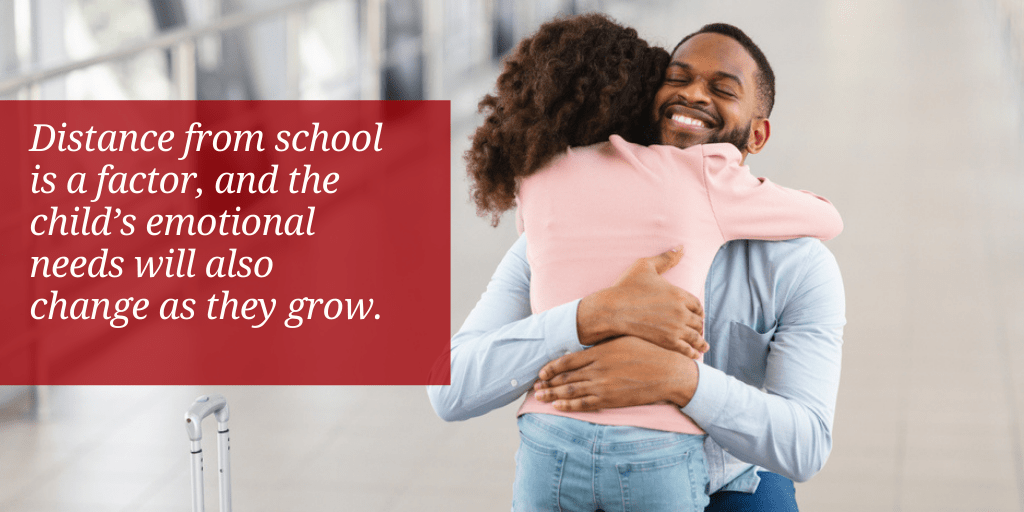 How often will the child move from one household to another? A long-distance custody agreement may spell out travel arrangement duties, travel cost responsibilities, and even which types of transportation are acceptable. For example, if parents live 50 miles apart, frequent handoffs may be possible. If parents live on different coasts, handoffs will be less frequent.

Although every agreement is different, as a rule, less frequent handoffs usually translate into longer times with one parent. For example, in long-distance custody situations, a child may not see a parent every week but instead will travel to a parent’s home for a holiday break or even for a summer vacation.

For school-aged children, it rarely makes sense to travel long distances on a regular basis. If one parent has primary custody of them when school is in session, the other parent may want more or complete residential custody during school breaks.

Friends and a Child’s Social Life

Split custody affects a child’s social life. They may have a set of neighborhood friends in one home but not in another. If a child travels every weekend to and from a parent’s house, they have less time to form friendships, attend playdates, go to parties, or schedule outings with friends.

Children can develop valuable life skills when they become part of a team. Whether that team is for sports, hobbies, theater, band, or other activities, it’s essential to allow a child time to pursue outside interests. Becoming part of a team may also make it necessary to revisit existing custody agreements. For instance, once they’re in the band, they may need to attend afterschool practices and show up for football games on the weekends.

Children aren’t the only ones with busy schedules. Developing custody agreements around jobs can be complicated, especially if both parents work, if they don’t have set hours, or if they must travel for work. 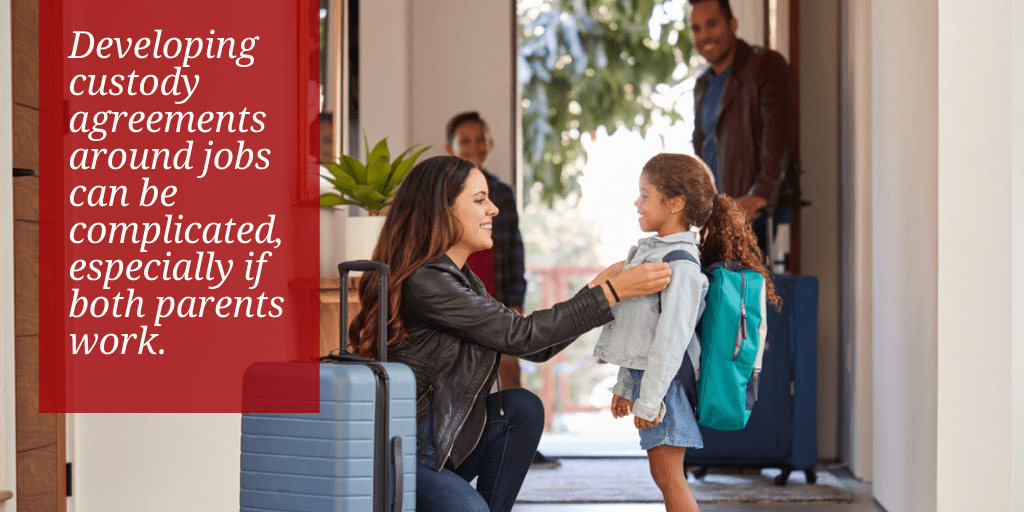 Is 50/50 possible in long-distance custody agreements?

An equal custody agreement, also known as a 50/50 Shared Custody Agreement, seems ideal for everyone involved. But for this kind of schedule to work, many factors must be aligned.

Understandably, 50/50 agreements work best if the parents live near each other, preferably in the same school district. This evenly shared custody may also work for some long-distance parents, but it will require both parents to be cooperative, flexible, and communicative.

Other parents prefer an Alternating Weeks Custody Schedule. A child spends one week with one parent and the following week with the other. Like the Two Weeks Each Schedule, this arrangement can work for long-distance parents who live equal distances from the school or have a homeschooled or preschool-aged child.

When 50/50 agreements don’t work, it may be possible to create a custody schedule that divides the child’s time 60/40 between parents. These arrangements still ensure the child spends significant time with both parents but with fewer exchanges.

In the 18-12 Schedule, one parent spends the first 18 or 19 days of the month with the child, and the other parent gets them for the remaining 12 or 13 days (depending on how many days are in the month). This schedule can be altered or shifted to suit the needs of the child and parents. Once the system is worked out, everyone settles into a monthly routine with only one monthly handover.

Often, a child needs to create a home base from which they can attend a school or see friends. This is a typical arrangement for long-distance parents. In the Majority Weekend Schedule, a child spends weekdays with the parent near the school and travels to see the other parent on most weekends.

For parents who live very far from each other, the Every Third/Fourth Week Custody Schedule could be a good option. A child spends two or three weeks with one parent, then one week with the other parent. Another option is Alternating Weekends, in which the child lives with one parent and sees the other every other weekend.

The Summers Only Schedule is sometimes well suited to parents who live far apart. It grants custody to one parent during the majority of the summer break and primary custody to the other parent for the rest of the year. It’s also common to modify this schedule to allow the child additional short visits during certain holidays or other points in the year to reduce the total time apart.

When parents need to create custody schedules, we can help evaluate options, negotiate terms, and help create a fair agreement that suits each family’s unique circumstances. Contact us to get started.