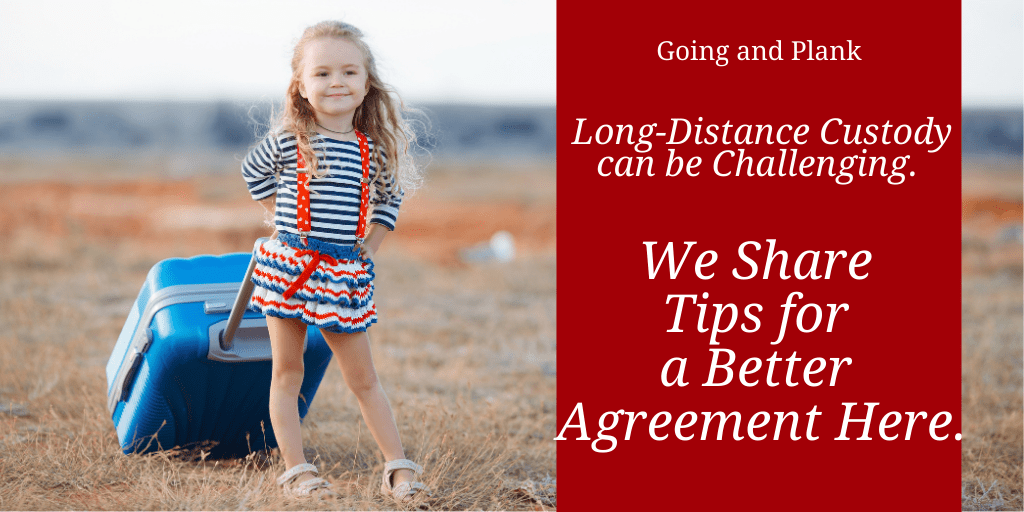 Divorce is an incredibly stressful process, but it can be particularly hard on children. And when parents end up settling far away from each other, things can be even thornier. A good custody agreement reduces the stress of divorce. More importantly, custody agreements ensure that children keep both parents in their lives–even if there is a significant distance between them.

An experienced Lancaster County family law attorney can mediate negotiations and finalize a custody agreement. Custody agreements outline which parent has primary physical and legal custody and how custody is split. Fortunately, Pennsylvania child custody laws are aimed toward the interests of the child, favoring whatever agreement benefits the child the most. Pennsylvania courts usually favor arrangements in which the child has a relationship with both parents. Sole custody is unusual unless one parent is deemed dangerous, abusive, or unfit. While a shared custody agreement doesn’t always mean parents have exactly equal custody and decision-making rights, it does mean that both parents have regular contact with the child and some say in decisions.

What Should Parents Consider When Making a Custody Schedule?

Getting a visitation arrangement right is crucial for the health and happiness of both the parents and the child, so it’s important to take all factors into account. There are a number of important considerations to make when crafting a custody schedule, such as: 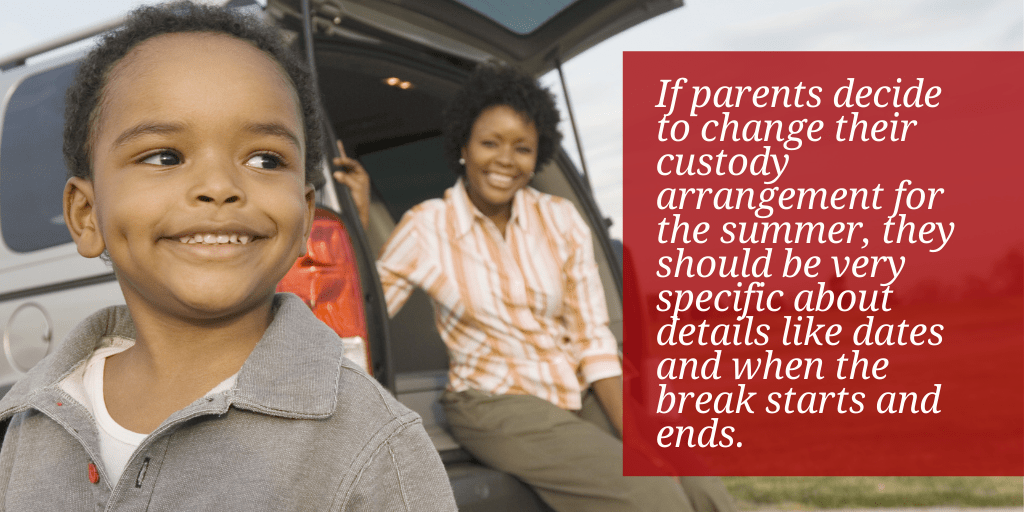 After considering these factors, and the many other complexities involved, parents may want to settle on a custody schedule framework. Parents also should consult with attorneys, teachers, childcare specialists, and–most importantly–the child themselves before making a final decision.

Here are a few good long-distance scheduling frameworks to help you get started.

When is an Equal Custody Schedule Best for Long-Distance?

Often, parents want to have equal roles in their children’s lives. For these families, an equal custody agreement (also known as a 50/50 shared custody agreement) may seem like the obvious solution. However, for such a schedule to work, there are a few factors that need to line up. It’s important to understand that 50/50 agreements work best if the parents live near each other, preferably in the same school district. While these can still work for long-distance parents, a lot of flexibility and coordination is necessary to make 50/50 agreements work. It helps when parents communicate well and hold the same beliefs on what’s best for their children. 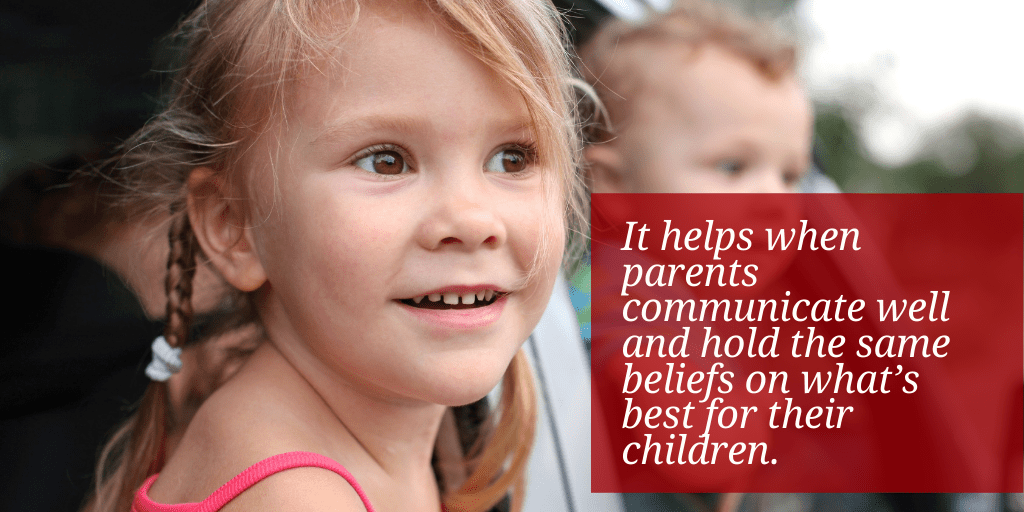 One excellent 50/50 schedule is the Two Weeks Each Schedule. In this arrangement, the child stays with each parent for two weeks, alternating between parents. If both parents live roughly equal distances from the school or if the child isn’t in school yet, this schedule lets parents live a little further apart than other arrangements. However, both parents and children can struggle with separations lasting two weeks.

Another option for equal custody is Alternating Weeks Custody. As the name suggests, in this arrangement the child spends one week with one parent and the following week with the other parent. Like the Two Weeks Each schedule, this limits exchanges and provides a more stable living environment for the child, albeit with the same drawback of possible separation anxiety.

Schedules splitting the child 60/40 between parents are good when one parent has a little more time to devote to the child during the week. And while being unequal, they still ensure the child spends significant time with both parents. An added bonus: 60/40 schedules usually allow for fewer exchanges than 50/50 schedules.

As an example, the 18-12 Schedule is good for parents who may live a bit farther apart or don’t have time for frequent exchanges. One parent spends the first 18 or 19 days of the month with the child, and the other parent gets the child for the remaining 12 or 13 days (depending on how many days are in the month). This schedule can obviously be switched or shifted to suit the needs of the child and parents. Although February might get a little confusing, this arrangement lets everyone settle into a monthly routine and have only one monthly handover.

Sometimes children need a more consistent home base, or distance and school scheduling makes it impossible to have more equal custody. If one parent has a busy or inconsistent work schedule, travels frequently, or lives especially far from the other parent, these types of arrangements might be better for the child.

The most common custody arrangement is the Majority Weekend Schedule, where the child spends weekdays with one parent and a majority of weekends with the other. It’s ideal when one parent lives much further away from the school and offers more consistency for the child. However, one parent misses out on weekday/school routines, and the other misses out on most weekend activities.

For parents wanting just one to two exchanges a month, Every Third/Fourth Week Custody might be a good idea, where the child spends two or three weeks with one parent, then one week with the other parent. There are fewer exchanges and extended periods with each parent, but it can generate some separation anxiety. Another option for parents wanting two to three monthly exchanges is Alternating Weekends, similar to the Every Weekend schedule but with alternating weekends.

Finally, there is the Summers Only Schedule, a common arrangement where one parent gets the child during a majority of the summer break, and the other parent gets them for the rest of the year. Many parents modify this schedule so that the child visits the summer parent briefly during certain holidays or other points in the year, and reduces the length of time that the child goes without seeing that parent.

Getting a Fair Custody Schedule

If it’s time to make a custody schedule, a Lancaster custody lawyer can help find out what custody agreement is best for the child, fair to both parents, and suits the family’s unique circumstances. Contact us to get started with a free consultation.

How to Make Custody Easier for Your Children

7 Tips for a Better Custody Agreement in Lancaster County

Disability Discrimination in Lancaster County: Know Your Rights in the Workplace