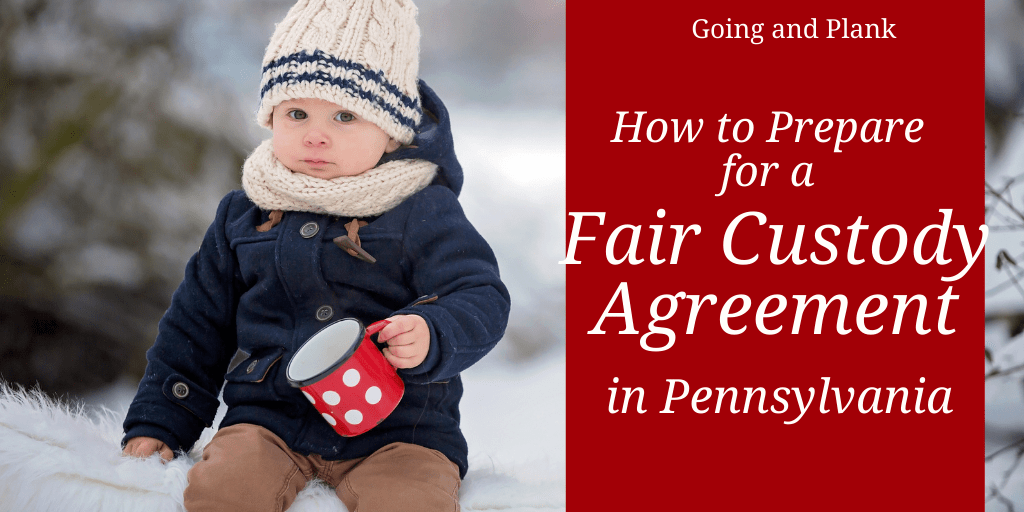 Divorce is one of the most stressful life experiences a person can have. When children are involved, the process becomes exponentially more frustrating and complicated. While contentious custody battles can be hard on parents, they can be even harder on children.

However, the stress of custody hearings can be significantly reduced for both parents and children by ensuring a fair and mutually acceptable outcome. Even if a marriage needs to end, that does not mean the child must grow up in a “broken home” or that their young life must become marred by hostility and resentment. Pennsylvania family law prioritizes the child’s best interests, so Lancaster County parents have even more incentive to put their kids first. A fair custody agreement can lay the foundation for a brighter future for all parties involved. Here are some basic steps parents can take.

Even the best-shared custody arrangements will introduce a whole list of rules and limitations to the parent-child relationship, so it is understandable for a parent to feel scared or angry during the custody process. However, each parent’s actions will be carefully observed and analyzed during the custody hearings. Actions are evaluated closely and judged to determine the fitness of a parent. That’s why it’s wise for mothers and fathers to do everything they can to show their children–and the courts–that they can keep emotions under control and stay cool in challenging situations. Of course, this is easier said than done, but some things to avoid might include:

When a parent demonstrates their ability to stay calm during difficult situations, this is a sign to the courts of good parenting. Custody judges believe that if responsible caregivers put the child first during the divorce, they can do the same in other challenging times in life. 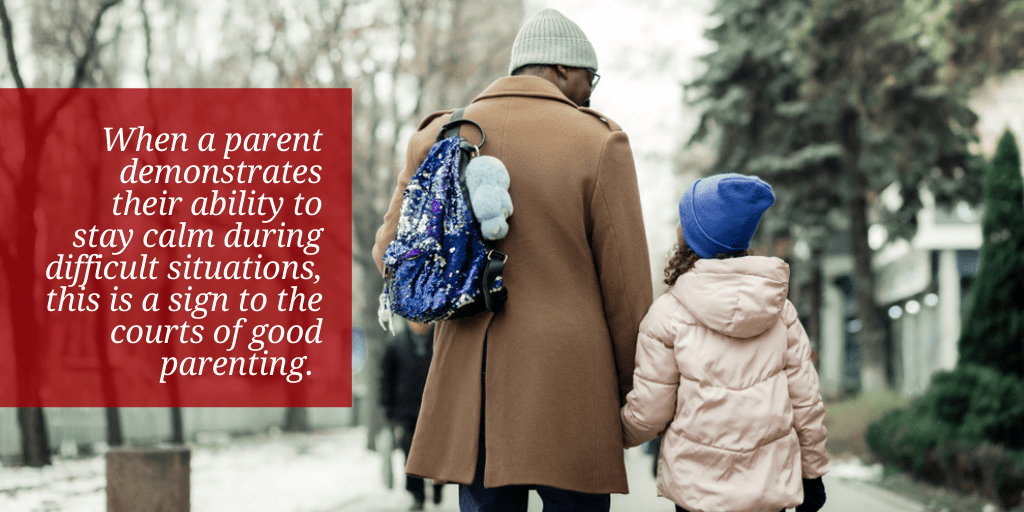 Although some people react to stressful events by needing more time alone, that can be a problem during a custody hearing. Failing to spend as much time with the child as permitted by existing agreements might not be wise. Missing out on the opportunity to see a child whenever allowed can be construed by a custody judge as a lack of desire to be a part of their life.

Kids tend to blame themselves for major problems in their parents’ lives, such as a divorce, so dealing with these concerns is essential. Make sure the child knows that the divorce is not their fault and be sure to protect them from any drama or disagreements.

Kids can also be surprisingly perceptive. For instance, a child may be able to hear their parents fighting, even when the parents think they are out of earshot. Older children are exceptionally intuitive and can often pick up a sense that their parents are in the middle of an argument, even if it is “on pause” for the children’s sake. The best strategy is to save difficult discussions for times when the children are out of the house or plan to have these discussions at another agreed-upon location. 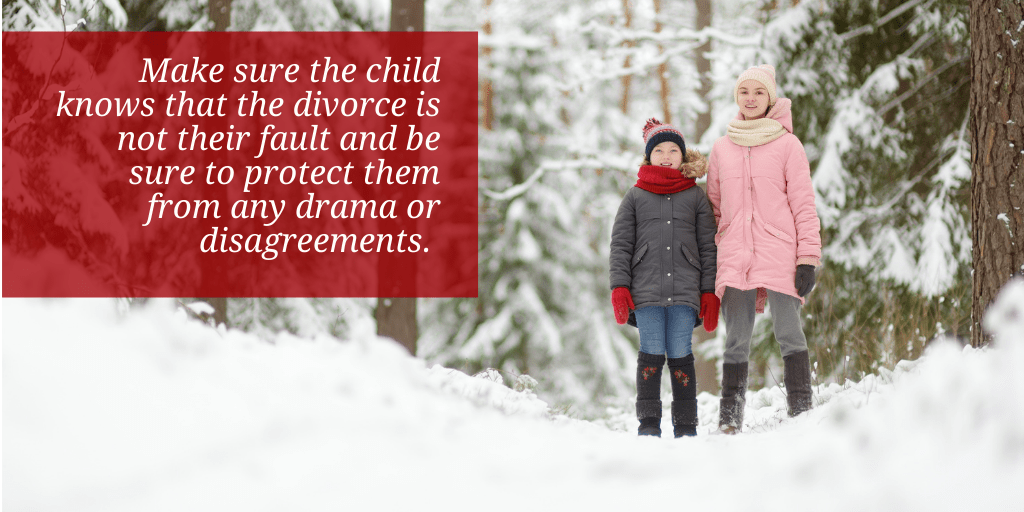 Put Your Social Life on Hold

During a divorce, it can be tempting to try and find a silver lining in the greater degree of social freedom found in a single life. However, to get a fair joint custody agreement, it is wise to delay the revitalization of a social life. Recently divorced people often engage in careless social media activity. Be sure not to post details about these topics:

During the process of a custody hearing, courts will often put a temporary custody order in place until a more permanent agreement is reached. It is smart to respect the interim arrangement to the letter. For example, if a parent is scheduled to drop the kids off at 2:00 p.m. Sunday, don’t be a minute late. If a mother or father is expected to pick a child up from school, double-check the dismissal schedule, sign up for alerts about early closings, and be waiting for the child when they walk out of the school door. Never keep kids late or pick them up early, and never drop them off before the scheduled time. Following custody orders to the letter is a way for a parent to show respect to the court and demonstrate responsibility and reliability.

Work With a Custody Lawyer to Ensure a Fair Agreement

Shared custody proceedings in Pennsylvania are not always straightforward. Amicable divorces often devolve into heated emotional disputes. Lancaster County parents who retain a custody attorney will have an experienced counselor on their side to help navigate this confusing and frustrating process. Contact Going and Plank’s experienced family lawyers today for a free consultation and be ready for whatever life throws at you.

Want to learn more about child custody? Check out these articles.

Child Custody in Lancaster County can be Hard on Children. We Share Tips for Making it Easier on the Kids

Grandparents Have Rights in Lancaster County.

7 Tips for a Better Custody Agreement in Lancaster County