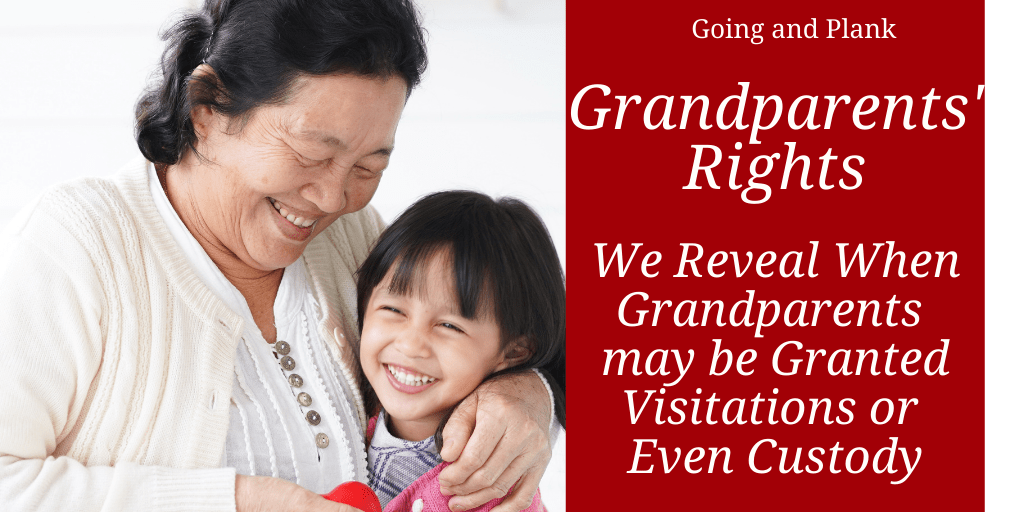 The role grandparents play in their grandchildren’s lives can vary widely. It can be infrequent visits, serving as regular babysitters, or becoming live-in members of the household. And while these more traditional roles might be preferable for some, sometimes grandparents end up taking on more responsibility in raising their grandchildren.

From 1970 to 2010, the percentage of children raised by their grandparents more than doubled, going from 3.2 percent to more than 7 percent. That number is still growing. Historically, it has been difficult for grandparents to intervene in family affairs. However, grandparents’ rights laws in Pennsylvania have expanded to give grandparents legal options to protect the safety, health, and happiness of their grandchildren. Lancaster grandparents who want to care for their grandchildren, or even just be a part of their lives, can pursue these rights under certain circumstances, such as those found in this article.

Grandparents can Gain Visitation Rights After a Divorce

Divorce can shake the relationship between parent and child, but it can have similar effects on the relationship between grandparent and grandchild, too. When parents get divorced, grandparents may have concerns about losing contact with their grandchildren, especially when they are the parents of the noncustodial parent. Fortunately, in these cases, grandparents have options. They can seek certain forms of visitation. Just like all other issues regarding children and divorces, a judge decides the case based on the best interests of the children in question. Under the Pennsylvania Custody and Grandparents’ Visitation Act, grandparents can seek legal rights to visitation if the parents have already begun custody proceedings. 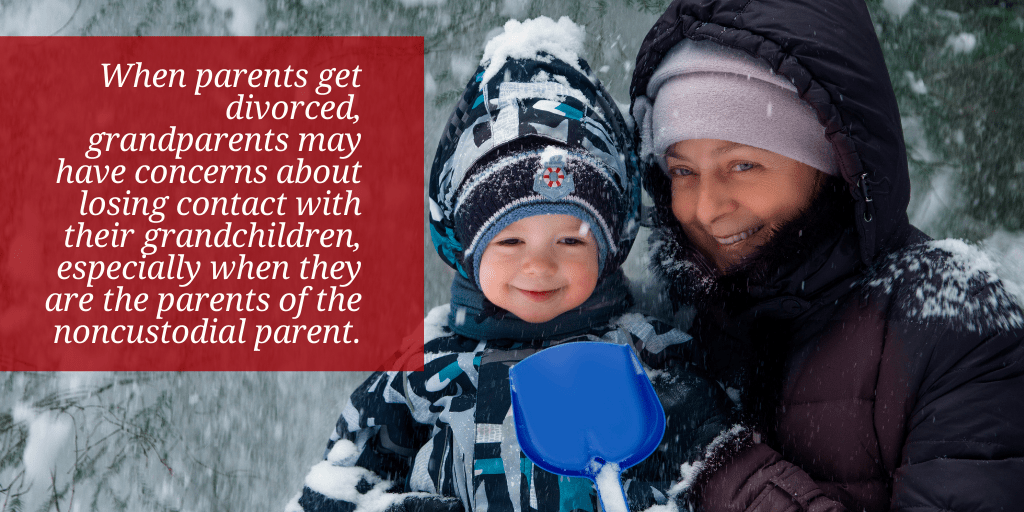 American families have suffered tremendously from the opioid crisis. Many children have been left in the care of grandparents while the parents cope with addiction. Even when a parent is fighting their addiction with all the effort they can muster, the process can be long and difficult. It may involve multiple relapses and stays at rehabilitation clinics. In Pennsylvania, custody laws give grandparents legal standing to step in and get custody when they can demonstrate that a child is at risk due to a parental substance abuse problem. Grandparents that fear their grandchildren could suffer from the traumatic nature of living with an addicted parent may want to consult a Lancaster custody attorney and discuss the possibility of obtaining primary custody to give their grandchildren a safe and stable home.

Grandparents can Seek Custody in Cases of Illness or Death

Losing a parent is an extremely painful, life-shattering event for a child. It is also painful for the grandparents, especially if the child’s surviving parent might limit the grandparents’ contact with that child. Fortunately, the courts in Pennsylvania usually recognize the importance of close family bonds. They will often allow the grandparents to seek visitation and partial custody of their grandchildren in the event of a parent’s death. As with any other situation, the court will consider the existing relationship and the well-being and wishes of the grandchild. Grandparents can even petition for partial custody or certain visitation rights when the surviving parent suffers from a mental illness or serious disease that affects their capacity to care for their child sufficiently. 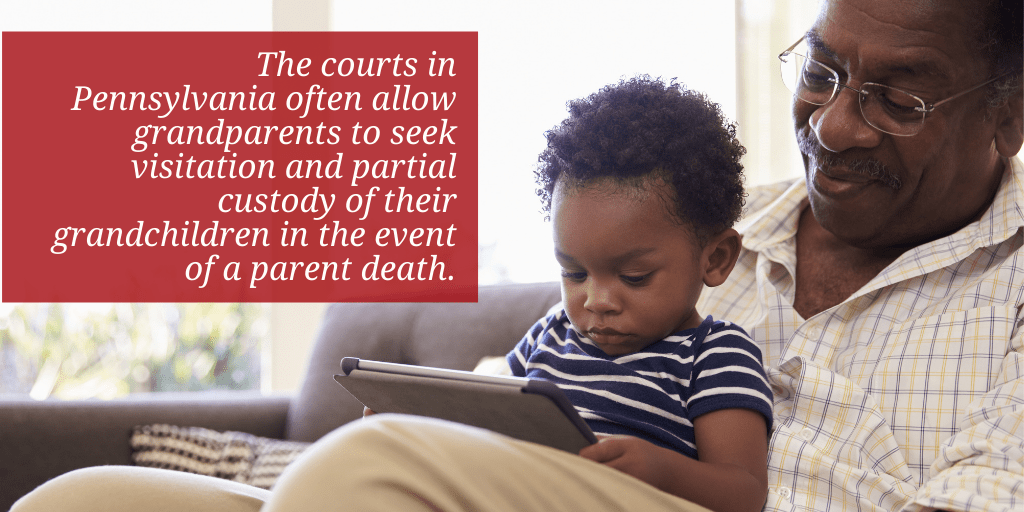 Grandparents can Seek Custody When Parents are Incarcerated

Grandparents do not need to have legal custody to care for their grandchildren for a week or two, but the situation is different when parents do not have control over the child and grandparents become the main caregivers for a long period. In some cases, when one or both parents are imprisoned, the grandparents can seek visitation rights or temporary custody. While grandparents may informally assume custody of the children if parents are in prison for a short period, getting officially recognized custody through the courts allows them to make important decisions on the children’s behalf in the absence of their parents.

Grandparents play a critical role in their grandchildren’s lives. When Pennsylvania grandparents fear that they could lose that invaluable relationship or they have concerns for the well-being of their grandchildren, they should know that the law recognizes certain grandparents’ rights. A Lancaster custody attorney can help evaluate the situation and determine whether grandparents have a strong case for pursuing custody or visitation rights. Don’t go it alone. Contact us today for a free consultation with our experienced family law attorneys.