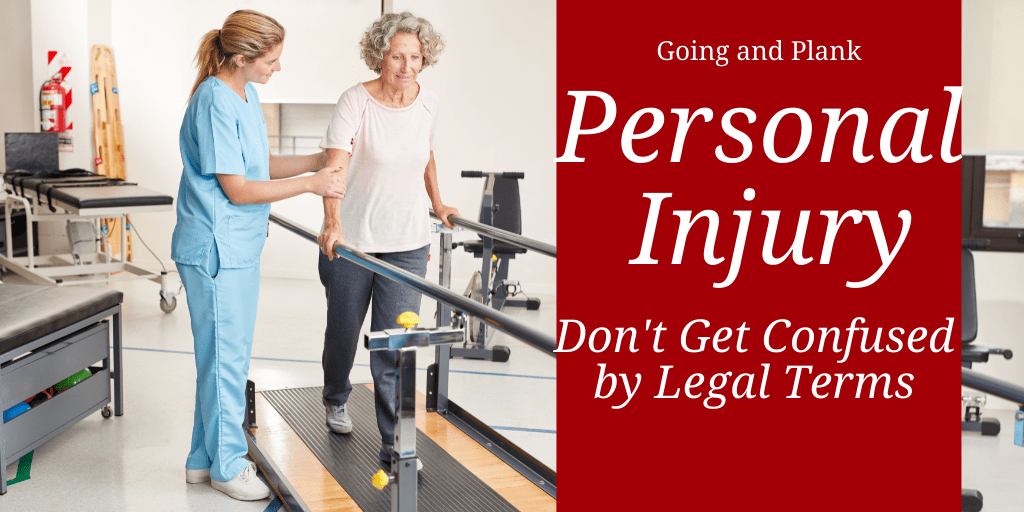 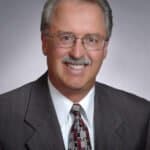 Those injured because of another person’s negligence in Lancaster County often want to seek personal injury compensation. This can reduce anxiety, pay for medical bills, make up for lost work, and serve as a form of justice for and prevention of future negligence. The stress of an injury and the legal battle that may follow can be overwhelming. The last thing an injured person should have to worry about, however, should be the legal jargon used in personal injury cases.

This article will clear up the (often confusing) legal language that makes personal injury cases so complex, serving as a glossary of terms to help ordinary people stand up for themselves in court and win. If all the legal terminology is a little confusing, this list may help.

This simply means “to make a judgment” in the context of a legal case.

This is an answer to a complaint. When a lawyer files a complaint in a personal injury case, the defendant responds to it in a legal document called an answer. A defendant is typically given 30 days to submit their answer.

Assumption of risk is a type of defense that people often use to defend themselves in personal injury cases. This defense argues that the injured person acted in a way that they knew could cause injury. This defense requires the injury to be resultant from an inherent risk of the activity to be effective. As an example, a football player might reasonably assume a risk of concussion from the game, but they would not assume a risk from the goal post falling on them.

Most people have basic duties that require them not to cause harm to anyone else due to their negligence. Those duties vary from person to person and depend on the relationships they have with others. For example, a parent has different duties and responsibilities for their child than an employer does for their employees. If those duties are breached and an injury occurs, that can be considered negligence. In these cases of breach of duty, the injured person may be eligible for damages in a personal injury case.

The plaintiff’s attorney must convince a judge or jury that their case is accurate (beyond a certain level of doubt). That requirement is the burden of proof. If it isn’t met, then the judge or jury will side with the defendant.

The United States Constitution guarantees all citizens certain rights, referred to as civil rights. If any entity violates a citizen’s civil rights, then the citizen can file a lawsuit to receive damages.

Comparative fault is also known as contributory fault or comparative negligence. Often, both parties in a personal injury case are responsible for the injury to some degree. Comparative fault is the legal judgment on how much either party is at fault. In some states, there is a “pure rule,” meaning either party can file for compensation, but the final award they receive is cut by the percentage of their fault. However, in Pennsylvania, courts follow a modified rule, which means that to seek compensation an injured party must be 50 percent or less at fault to receive compensation.

A complaint is a legal document filed by lawyers in personal injury lawsuits. The complaint lists the facts of the case and, most importantly, the claims that the plaintiff is making against the defendant.

The term “damages” refers to financial compensation from a personal injury lawsuit. There are two types of damages. There are economic damages, which compensate for financial losses from medical bills, lost wages, funeral expenses, or other problems. The second type is non-economic damages, which are given for the more subjective problems caused by an injury, like emotional distress, inability to pursue daily life, and pain and suffering. 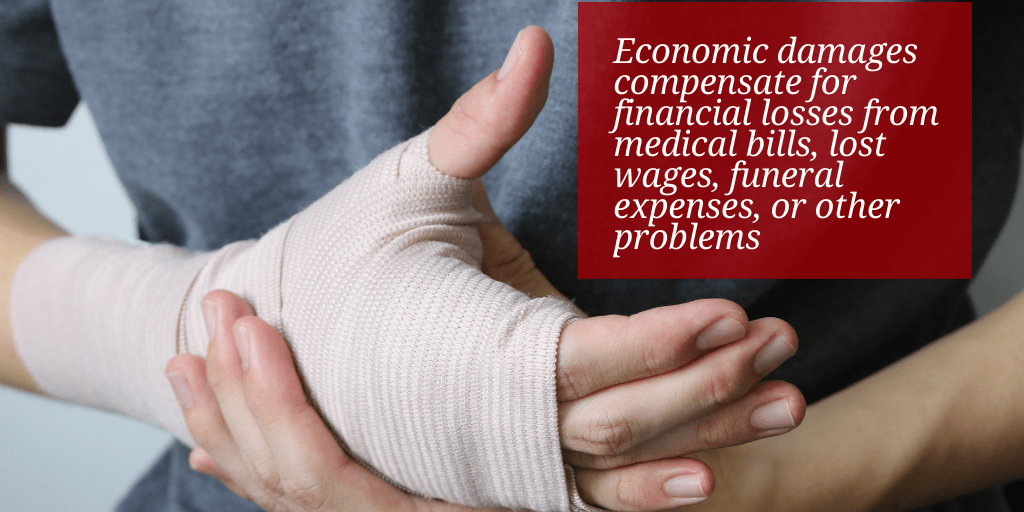 In personal injury lawsuits, the defendant is the person who is being accused of negligent behavior and/or causing an injury.

Fraud is false information given in personal injury claims. This can include false evidence provided in an attempt to prove a claim or making a claim on injuries that never actually happened. Fraudulent claims can be punished with loss of insurance coverage, serious fines, and even jail sentences.

The term “gross negligence” refers to the total and absolute disregard for the safety of others, going far beyond failing to act or common carelessness. For example, a mental hospital that doesn’t give residents access to food or water would qualify as gross negligence. Gross negligence, if proven, can result in higher damages being rewarded as well as punitive damages that seek to punish those responsible.

Liability refers to the legal responsibility one party has for another’s injuries.

Negligence is a lack of reasonable care to prevent harm to others. To be proven, the plaintiff must prove that the defendant had a responsibility or duty to avoid harm that was breached, and that the breach was the cause of harm.

The term “no-fault” usually refers to car accidents in personal injury cases. In Pennsylvania, every driver is required to hold a certain level of personal injury insurance (making it a “no-fault state”). In a traffic accident, regardless of who is actually at fault, each party can receive compensation for medical expenses, lost wages, and other damages from their insurers. However, depending on the extent of injuries and type of insurance coverage, a party can sometimes seek further compensation from a driver who is at fault.

The term “pain and suffering” is the combined emotional and physical damage of an injury. This may include literal physical pain, permanent or temporary physical disabilities or limitations, depression, anxiety, emotional trauma, or other problems. It can be difficult to come up with a dollar figure for compensation for pain and suffering, and the judgments are usually somewhat subjective.

Partial disability is any disability preventing an employee from doing their job at 100 percent capacity.

Personal injury refers to an injury to a person (mind or body), contrasted with damage to property. 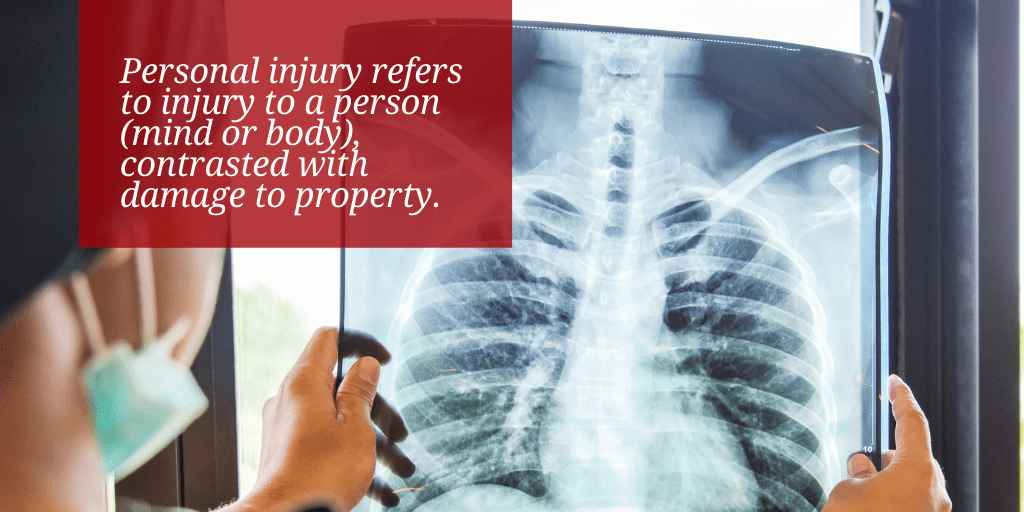 The “prayer for relief” is a request from the plaintiff that usually appears at the end of a court filing. It outlines what actions they wish for the court to take, such as what damages they think should be awarded.

A settlement is an agreement that both parties come to in order to resolve a lawsuit, usually for a certain amount of money.

There are restrictions on how long after an injury someone can file a lawsuit in civil court. That limit is called the statute of limitations, and in Pennsylvania, it is two years after the injury (for personal injury lawsuits).

The term “strict liability” (sometimes called absolute liability) refers to legal responsibility for harm, regardless of whether negligence can be proven. For example, if a pharmaceutical company produces defective medicine, those seeking damages from the medicine’s ill effects would only need to prove that the product caused harm and would not need to prove that there was negligence.

A wrongful act resulting in harm to someone else (when the victim can claim compensation in a civil court) is referred to as a tort. An intentional tort refers to when the tort does not result from unintentional negligence and was an intentional act meant to harm another.

The threshold of proof refers to the level of evidence and certainty necessary to win a case (the level to meet the burden of proof). In some cases, this threshold is lower than others. Criminal cases must be proven beyond a reasonable doubt, but for civil cases, the threshold is based on the preponderance of evidence. That means the case is won by whichever party presents more convincing evidence.

Trespassing is entering someone’s land or property without the right or permission to do so. It is illegal, so owners of that property usually have very little responsibility for those who are injured during the act of trespassing. However, there are exceptions to this rule, such as if the trespasser injured is a child or if trespassing has been tolerated in the past or the property has an abnormally dangerous feature.

A verdict is a final decision on a case, as determined by a jury or judge.

Wrongful death refers to a lawsuit filed against a legal entity (either a company or an individual) for someone’s death due to wrongful behavior or negligence. These suits are usually filed by loved ones of the deceased and aim to obtain damages for pain and suffering, lost earnings, funeral expenses, medical bills, and other damages.

Get Help for Personal Injuries

This is, unfortunately, an incomplete list of terms that victims of personal injuries need to consider. An experienced Lancaster County attorney can help guide injured persons through the difficult process of navigating the legal system and make sure they get the compensation they deserve. Contact the offices of Going and Plank for a free consultation from an experienced personal injury lawyer.

If you enjoy learning legal terms, check out these blogs from Going and Plank:

Personal Injury: What To Do After a Traffic Collision

What is a Personal Injury Lawsuit? And Should You File one?

Steps to Take After a Personal Injury Traffic Accident

Traffic Collisions can Have Long-Term Consequences. Find out How to Protect Your Rights.

When Does a Traffic Injury Warrant a Personal Injury Lawsuit?