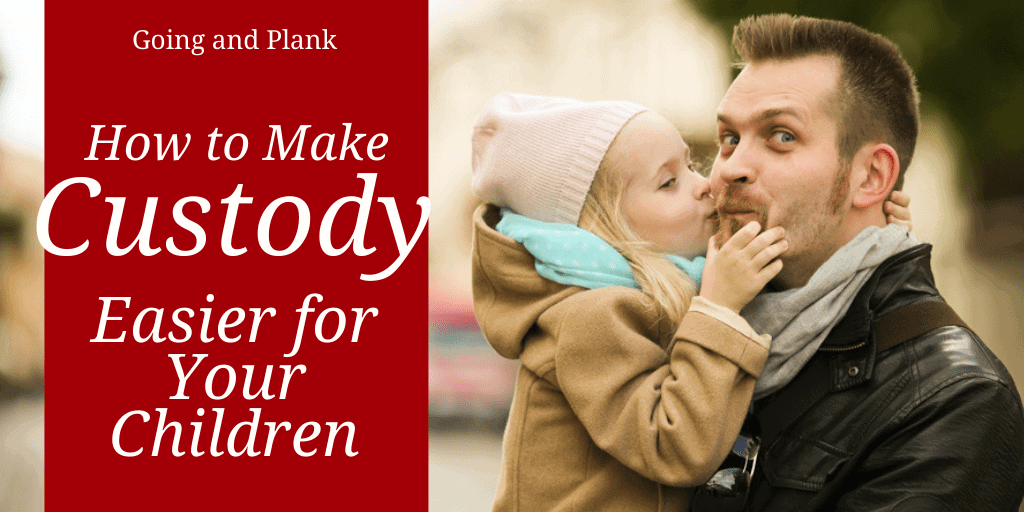 When couples divorce, it’s easy to get caught up in the collapse of the relationship, the anger over the wrongdoings of each spouse, and the stress and expense of starting a new, single life. When the divorcing spouses are parents, however, their most pressing concern must be the well-being of their children.

There are many factors that affect custody decisions in Pennsylvania, but one of the most important is considering what is in the best interest of the child. With that in mind, there are steps both parents can take in creating and sticking to their custody arrangement that will go a long way toward making a difficult situation easier for their children. For some parents, these steps may be difficult, but an experienced Lancaster child custody attorney can help.

Unless one parent is unfit or absent, children benefit most from a relationship with both parents. Consequently, Pennsylvania judges generally consider a joint custody agreement in the child’s best interests.

As beneficial as co-parenting is, however, it takes work. It requires putting aside differences and hard feelings. It requires communicating and compromise regarding important issues in the child’s life, from health to education. When divorcing spouses commit to co-parenting, children benefit from consistency in rules, discipline, and routine in both parents’ homes. Couples who have difficulty communicating can seek the advice of an experienced Lancaster custody lawyer who can offer objective guidance in custody arrangements.

Don’t Fight in Front of the Children

Being angry with an ex-spouse is natural but arguing in front of the children can cause significant emotional harm. Watching parents argue can lead a child to feel guilty, responsible, anxious, or depressed. In addition to the harm that fighting can cause to children, it can also hurt a parent during a custody hearing. Yelling at an ex-spouse in front of the children may prompt accusations of aggressive behavior and abuse that may not sit well with a custody judge. Parents who struggle to be civil with one another should contact a custody lawyer who can handle communication between both parties and bring calm objectivity to a volatile situation.

It’s important for mothers and fathers to show how much they value the time they spend with their children. Children need to know how important they are to their parents. The best way to do that is to honor the terms of a custody agreement to the letter. Parents should avoid skipping visits or rescheduling planned time with children. Conversely, they should respect the time their children spend with the other parent. That means never sneaking extra time with the kids or bringing them back late after a visit.

While unexpected situations may arise, unplanned changes to the custody agreement shouldn’t become a pattern. This kind of inconsistency is unhealthy for children and can have unintended consequences. Violating the custody rules, even just a little, may appear disrespectful, both to an ex-spouse and to the court, and may result in less visitation time.

Everyone uses social media these days, but during divorce and custody proceedings it’s best to hold back. Inappropriate social media posts can not only hurt children, but also a child custody case. Just as parents should avoid fighting in front of their children, they should also avoid bad-mouthing each other on social media. Always assume that children will see social media posts now or in the future. In Pennsylvania, social media posts also can be used against a parent in a custody battle. Photos of parties, expensive vacations, or new romantic partners can all paint someone as an unfit parent and hurt their custody case.

Be Prompt When Picking Up or Dropping Off the Kids

Parents who are divorcing still have other responsibilities in their lives. However now, more than ever, it is important for children to know they are their parents’ top priority. This is not the time to start working longer hours or to do anything else that will keep them from being available for their children.

Parents should always be on time, whether they are picking up a child from school or dropping them off for an after-school activity. The same goes for picking up and dropping off kids with the ex-spouse. Being late for pickups and drop-offs can leave children hurt and disappointed. If it happens often enough, it can make ex-spouses angry and give them a reason to seek a change in the custody agreement.

When divorcing parents have very young children, there are often fewer complications when it comes to establishing a custody agreement. Parents may not always be satisfied with their visitation arrangement, but they often spend all of that assigned time with their children. However, as children get older, visitation time may conflict with sports, church, and school activities. Non-custodial parents, in particular, may resent when extracurricular activities occur during their set parenting time.

It is important to recognize the importance of these activities in a child’s life and encourage participation, even if it means less one-on-one time with a child. With the help of an experienced Lancaster child custody lawyer, parents can create a visitation plan that accommodates a variety of busy schedules. There are many custody and visitation schedules that give parents the flexibility to create a custody arrangement that best suits their child’s needs. A Lancaster custody attorney also can help if one parent suspects that the other is intentionally scheduling activities to deprive them of time with their child.

Each custody situation presents unique challenges, and those situations change as children grow. A custody arrangement that worked when a child was in elementary school may not work when that child enters high school and juggles after-school activities or a part-time job. Other life situations can warrant a change in the custody schedule as well, such as loss of income, a new job, or relocation. As children age or situations arise, parents can try to work out a new custody schedule on their own or file a petition with the court to modify the custody order. A Lancaster child custody attorney can help.

Parents can make custody decisions easier on the children by making the custody process easier for themselves. An experienced Lancaster child custody lawyer can help. Contact the Law Offices of Going and Plank in downtown Lancaster today for help in finding the best custody arrangements, mediating disputes, and getting a fair custody hearing.