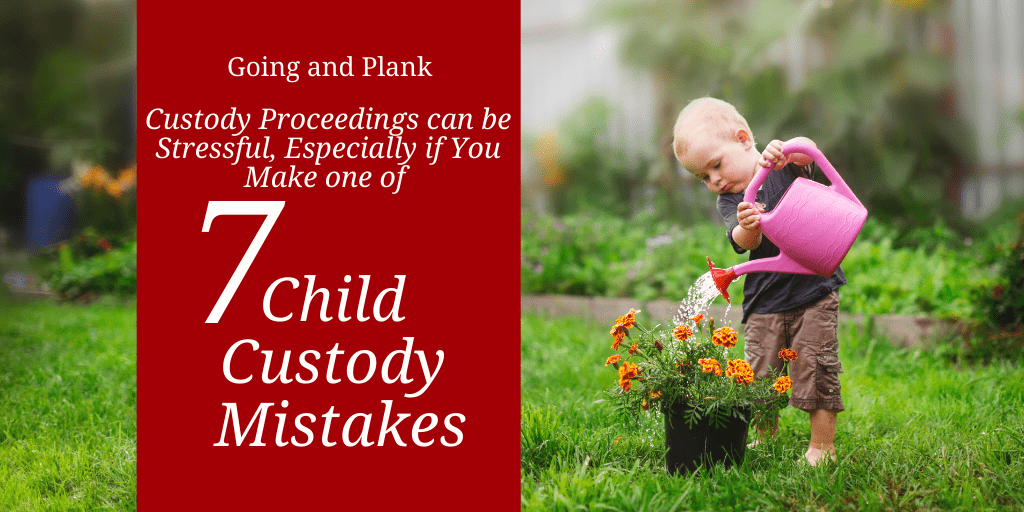 Divorce is never easy. The collapse of a relationship, the resentment about what each spouse may have done wrong, the financial stress, and countless other challenges make divorce one of the most difficult life events people can go through. And while the pain the spouse experience is a serious concern, the biggest priority must be the welfare of the children. Divorce can be especially hard on kids, so it’s crucial to shield them from any fallout that comes with the end of a marriage.

To avoid causing pain for their family, parents must ensure that child custody proceedings go as smoothly as possible. Here are seven common mistakes parents make during the custody process:

In Lancaster County, judges typically consider joint child custody agreements that are in the children’s best interests. There are exceptions – if one parent is absent or unfit, for instance – but generally, a co-parenting strategy is seen as the best solution. If one parent tries to limit or eliminate visitations unnecessarily, it can make children feel alienated. Even if it’s not ideal, accepting joint child custody and a co-parenting approach usually eases disruptions and smooths transitions.

However, co-parenting takes a lot of work. Despite its many benefits, it requires that parents put aside their differences and let go of hard feelings. Parents must find common ground. Children will need consistent routines, rules, and discipline from both parents. Co-parenting requires compromise and communication about important decisions.

Co-parenting Couples that struggle to come to a co-parenting agreement should seek advice from a Lancaster County child custody attorney who can offer impartial and objective legal advice and help create custody arrangements that work. Even in the best circumstances, it is wise to consult professionals for legal advice when working out a custody agreement, so reach out to an experienced child custody lawyer today for a consultation.

Mistake No. 2: Fighting in Front of the Children

It is normal to be angry at an ex-spouse during or after a divorce. That being said, arguing in the presence of children can seriously harm them emotionally. Seeing parents fight can make children feel anxious, guilty, responsible, or depressed. And it’s not just children that get hurt – fighting when children are around can also harm a parent’s case in child custody hearings.

Shouting at an ex-spouse in the presence of children can be used to support accusations of abuse or aggressive behavior, and custody judges take such charges very seriously. Parents who struggle to remain calm with each other should contact a Lancaster County child custody lawyer who can handle communication between both parties and bring level-headed objectivity to an emotional situation.

One of the most important responsibilities of parents is spending time with their kids. Children must know that they are important to their parents. Spending time with children is one way to ensure they don’t feel neglected or unloved. 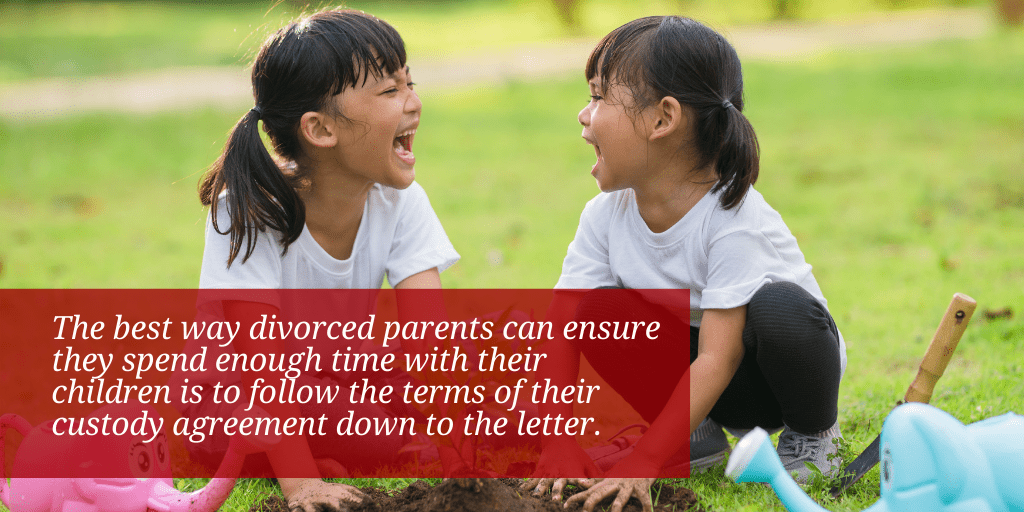 The best way divorced parents can ensure they spend enough time with their children is to follow the terms of their custody agreement down to the letter. Rescheduling planned time or skipping visits may not seem like a big deal, but those visits mean the world to kids. When parents are late or skip visits, children may feel they don’t care enough to keep their promise to spend time with them.

On the other hand, it’s also vital that a caretaker respects the other parent’s right to have time with the child. For example, it is not okay to bring a child back late after a visit or try to sneak in extra time with them. Of course, things can come up unexpectedly, but unplanned deviations from the custody agreement should not be a pattern. Not only is the inconsistency unhealthy for kids, violating custody rules can be grounds for altering custody agreements or awarding less visitation time.

Mistake No. 4: Complaining About an Ex on Social Media or to the Kids

Social media is a part of everyday life, and it can be a good place to vent frustrations or reach out to friends to talk about life’s struggles. However, when it comes to divorce and custody proceedings, it’s better to hold back.

Under Pennsylvania law, aggressive social media posts can be admitted as evidence against parents during custody battles. And these posts can also hurt children; fighting on social media can cause the same kind of harm as fighting in front of kids. Assume children will see social media posts and avoid insulting or bad-mouthing ex-spouses online. Additionally, even content that isn’t overtly offensive to ex-spouses – photos of parties, expensive vacations, or new romantic partners – can paint an unflattering picture in a custody case and influence a court to decide a parent is unfit.

Mistake No. 5: Being Late to Pick Up or Drop Off Kids

This one is simple. It is important to be prompt when picking up or dropping off kids for the same reasons parents shouldn’t make unplanned changes to their visitation schedule. 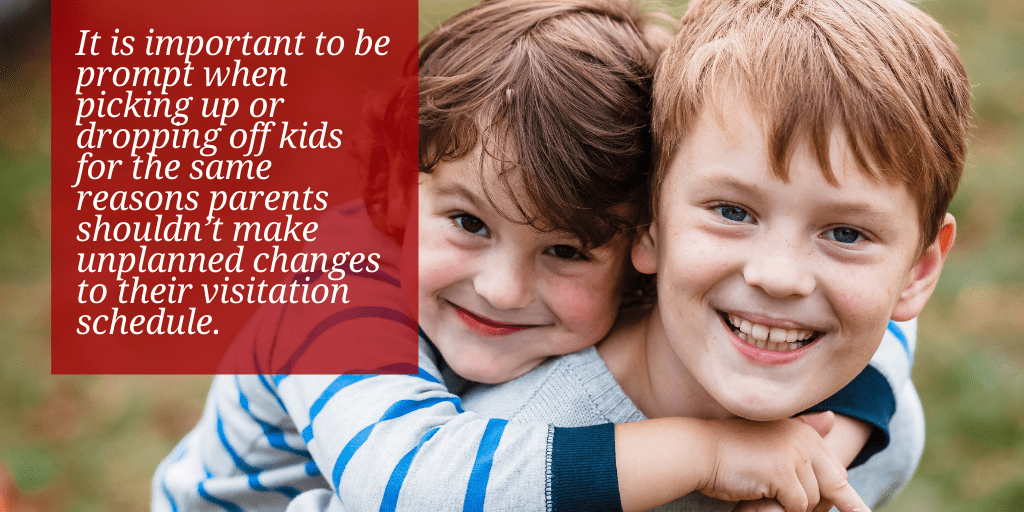 Inconsistency can affect the children and hurt a custody case. Kids need to know they’re the top priority for their parents, so don’t let anything else distract from making the child feel cared for and loved.

Divorced parents with very young kids may experience fewer complications when establishing custody agreements since they can spend all their assigned time with their children. But as children get older, visitation agreements can start conflicting with a growing list of school and social activities. Some parents can resent it when extracurricular activities happen during their allocated time, but it’s essential to understand how important these activities are for children and encourage them. A Lancaster child custody attorney can help parents create schedules that give them the flexibility to support their children’s needs and interests.

Mistake No. 7: Failing to Consult With an Attorney

There are countless mistakes parents can make when it comes to child custody. After all, family law is a complex subject. However, parents can make it easier on their kids by making it easier for themselves – with help from an experienced Lancaster child custody lawyer. Contact Going and Plank in downtown Lancaster for a free consultation on making the best custody arrangements, settling disputes, and keeping custody hearings fair.