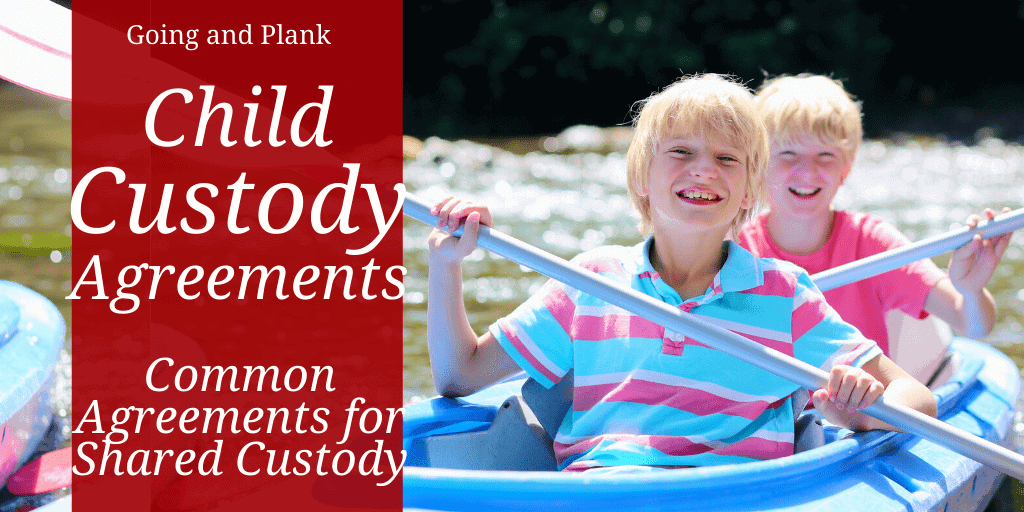 When a couple decides to get a divorce, one of the first things they can do is establish a custody agreement, even while they are living under the same roof. Divorce is particularly stressful for children, and having a custody agreement in place can go a long way toward diffusing emotional situations.

An experienced Lancaster County family law attorney can serve as a mediator to help negotiate and finalize a custody agreement. This agreement outlines which parent will have primary physical and legal custody and whether custody will be split equally. Pennsylvania child custody laws always favor an agreement that is in the best interests of the child, and in most situations, that is one in which the child has a relationship with both parents. Sole custody is rarely the preferred choice unless one parent is deemed dangerous or unfit.

In a shared custody agreement, both parents generally share legal custody of the child and have a role in making important parenting, medical, and educational decisions. While the parents don’t necessarily have equal physical custody, they both have regular contact with the child.

In addition to outlining provisions for how the parents will make important decisions in their child’s life, one of the critical components of a custody agreement is a legally binding visitation schedule that explicitly spells out how a child will spend time with each parent.

A Lancaster custody lawyer can be especially helpful in mapping out a custody agreement that is in the best interests of the child, fair to both parents, and suits a family’s unique circumstances.

When establishing a visitation schedule for child custody in Pennsylvania, families have a lot of flexibility to create an arrangement that fits their needs. Here are some issues to consider:

When is a 50/50 Custody and Visitation Schedule the Best Option?

For parents who genuinely want to have an equal role in raising their children, 50/50 shared custody may seem like the best option. That may be true, but for it to work well for everyone involved, consider a few factors. A 50/50 visitation schedule generally works best if the parents live near one another, preferably in the same school district if school-age children are involved. If both parents work and children participate in extracurricular activities, certain 50/50 schedules may require a lot of coordination and flexibility. They also work best with parents who communicate well. 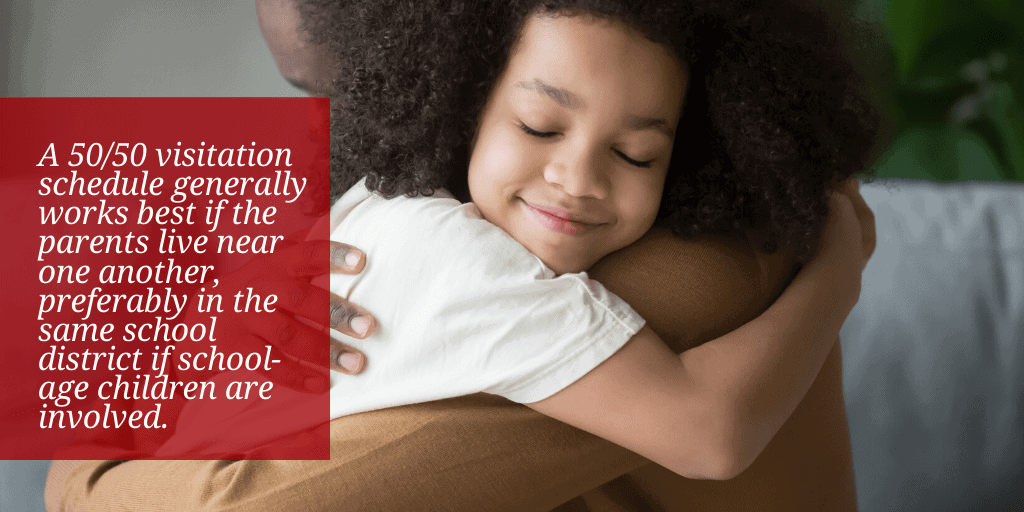 Here are some typical 50/50 schedules:

Alternating Weeks Custody: Just as it sounds, this child custody schedule allows a child to spend one week with one parent and the next week with the other parent. A significant advantage is that it limits exchanges and gives the child more stability and more extended periods with each parent. However, both child and parent may struggle with those longer periods apart.

Two Weeks Each: With this schedule, a child spends two weeks with one parent, then two weeks with the other parent. If the child is not yet in school, this schedule allows parents to live further apart and offers a more stable living environment with far fewer exchanges. However, both parent and child may struggle with the two-week separations.

Alternating Every Two Days Schedule Custody: As the name implies, this schedule has the child switching between parents every two days. This custody arrangement ensures that each parent sees the child frequently and tends to work well for families with younger children. It may not be practical for children who are older or parents who do not live close to one another.

The 2-2-5-5 Schedule: This schedule can work for parents with non-traditional work schedules and those with children who are not yet in school. The child lives two days with one parent, two days with the other parent, then five days with the first parent, and five days with the second parent. The advantage is that parents and children do not spend as much time apart as they do with an alternating week schedule. However, this schedule involves frequent exchanges, and the days of those exchanges will vary, so parents need to be aware of each other’s plans and able to communicate well. 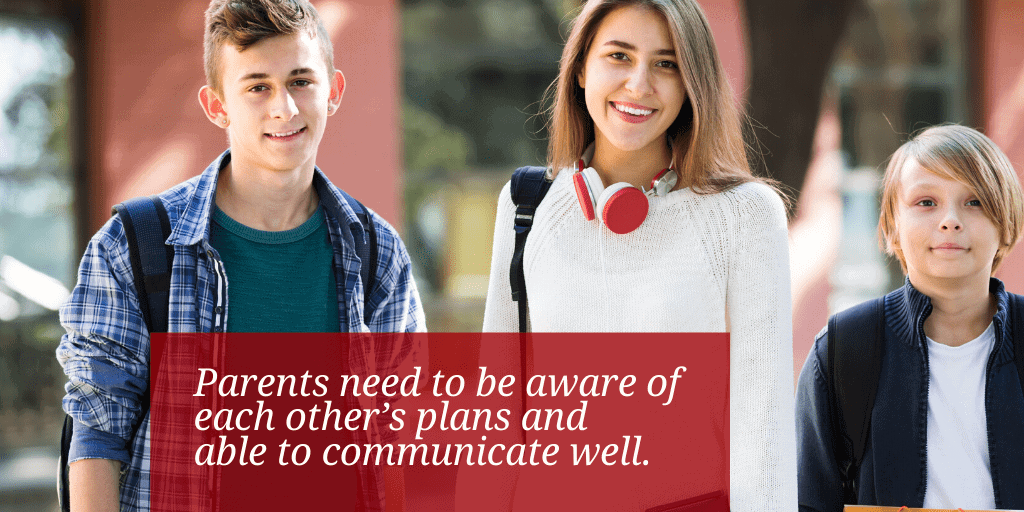 The 2-2-3 Custody Schedule: The child spends two days with one parent, the next two days with the other parent, then three days with the first parent. The schedule switches the following week. The plan is flexible since it can start any day of the week. It also allows both parents to share in the weekday caregiving duties. Although this schedule ensures that the child will never spend too much time separated from either parent, it can also make it difficult for a child to have a sense of home or consistency because of the frequent exchanges.

When is a 60/40 Custody and Visitation Schedule the Best Option?

A 60/40 visitation schedule may be a good option when one parent has more time to devote to the children during the week than the other parent. Although time is not equally split, it still allows both parents to spend significant time with the child and to have overnight visits during the week. Like the 50/50 schedule, it works best if parents live near one another, even though it involves fewer exchanges. Here are some typical 60/40 schedules:

Every Extended Weekend: Typically, one parent has the child from Monday afternoon through Friday morning, and the other parent has the child for a long weekend that extends from Friday afternoon through Monday morning. This arrangement offers consistency for the child during the school week and often suits parents who don’t get along because pickup and drop-off take place at school or child care, rather than the home.

The 4-3 Custody Schedule: Like the extended weekend schedule, the 4-3 schedule allows for a lot of structure and time with both parents. The difference is that the child will spend four days with one parent and three days with the other, but those three days aren’t necessarily on the weekend. The schedule is flexible enough that it could allow both parents to have weekday time and weekend time with the child.

When is a 70/30 Custody and Visitation Schedule the Best Option?

Children who need a more consistent home base and less frequent moving around may benefit from a 70/30 visitation schedule that allows them to spend more time in one place. Although the best interests of the child are the primary consideration, sometimes the parents’ situation must also dictate the best custody arrangement. For example, if parents live far apart, or one parent has a busy or inconsistent work schedule or travels frequently, it may make more sense to use a 70/30 schedule. Here are some common 70/30 options:

Every Weekend: With this schedule, the child spends weekdays with one parent and weekends with the other parent. While this schedule offers consistency for the child, it does mean that one parent has the child every weekend and misses out on the weekday/school routine. The agreement can be modified to give a parent two out of every three weekends.

The 5-2 Custody Schedule: The child lives with one parent for five days and with the other parent two days. It is similar to the every-weekend schedule, except it offers the flexibility of starting any day of the week. With this child custody arrangement, a child could spend time with both parents during the week, possibly requiring more communication about school and extracurricular activities.

Every Third Day: With this custody arrangement, the child lives with one parent for two days, and the other parent for one day. While this schedule allows children to spend weekdays and weekends with each parent, it does require parents to coordinate frequent exchanges that some children may find disruptive. It works best for toddlers and young children.

Every Third Week Custody: The child spends two weeks with one parent, then one week with the other parent. The benefits of this arrangement are fewer exchanges and extended periods with each parent, although both parent and child may struggle with time apart. It works best if both parents live near the child’s school and communicate well about homework and other activities.

When is an 80/20 Custody and Visitation Schedule the Best Option?

When one parent has always been the primary caretaker or a parent has a demanding career that doesn’t allow time for many caretaking duties, an 80/20 schedule may make more sense. This schedule is also a common option when parents live far apart or when a child requires less disruption and a much more stable home base. The main problem with this child custody arrangement is that one parent has significantly more time with the child than the other. Here are some common examples:

Alternating Weekends: With this arrangement, the child lives with one parent and visits the other parent every other weekend. Since this schedule means the child goes a long time without seeing one parent, and that parent has little involvement in school or other activities, it may be beneficial to add extra visits every week or on alternating weeks.

1st, 3rd, and 5th Weekends: The child lives with one parent and spends the 1st, 3rd, and 5th weekends with the other. This schedule offers flexibility in the length of the weekend visits, but it can also create conflicts with school-age children who have weekend sporting events or activities. Like the alternating-weekends schedule, it also means that one parent misses out on the daily routine and other weekday activities.

Every Third Weekend: With this arrangement, the child lives with one parent and visits the other parent every third weekend. While this schedule is helpful for children who function better in a single home, as well as for parents who live far apart, it is more of an 85/15 arrangement significantly limits the time a non-custodial parent spends with the child.

When is a Unique or Altered Child Custody Schedule Necessary?

Although most parents can find a traditional custody and visitation schedule that works for their unique family situation, sometimes circumstances call for a different custody arrangement or a deviation from the regular schedule. When parents live far apart, especially in different states, many of the more common custody schedules may not be practical or even possible. A long-distance custody schedule generally means the child will live with one parent and visit the other, although the frequency and length of those visits depend on factors such as distance, travel costs, and school schedules.

A school-age child might visit the non-custodial parent over spring breaks and three-day weekends. Parents may also split or alternate holidays and arrange for regular phone and video calls. Other issues to consider include who will arrange and pay for travel.

Summer break offers another opportunity for the non-custodial parent to spend extended time with their child. Even when parents live closer together, summer break provides a chance to adjust a residential custody schedule temporarily. It could be anything from giving one parent most of the summer break with the child to keeping the existing custody arrangement but scheduling separate vacation time with both parents. Parents who change their custody arrangements for the summer should be clear about when the new schedule will begin and end.

Every family situation is unique. Creating a custody agreement that benefits everyone can be challenging, but an experienced Lancaster custody lawyer can help. Contact the Law Offices of Going and Plank in downtown Lancaster for help in understanding possible arrangements for child custody in Pennsylvania, mediating custody disputes, and learning how to ensure a fair custody hearing.