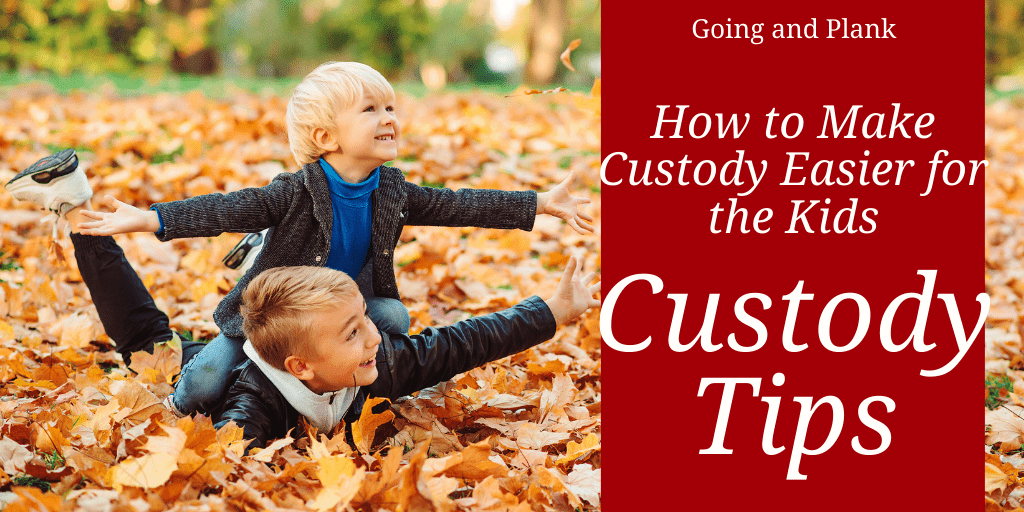 During the divorce process, couples can often find themselves in a whirlwind of emotions. Even if things are amicable between the spouses, there can be immense stress as they each figure out how to begin a new life. And if things don’t go smoothly, the resentment and pain can be overwhelming. However, when a divorcing couple has kids, the children’s well-being must become the primary concern.

Pennsylvania’s divorce and child custody laws are complex, so an experienced Pennsylvania family law attorney can help divorcing parents work out an agreement that is satisfactory to everyone and ensures a happy future for the child. Most Pennsylvania custody attorneys agree on the following advice.

In most cases, children do best when they enjoy a relationship with both of their parents. Kids are more likely to thrive when two parents are involved. So, unless a parent is violent or unfit, the goal is to keep both parents in a child’s life. 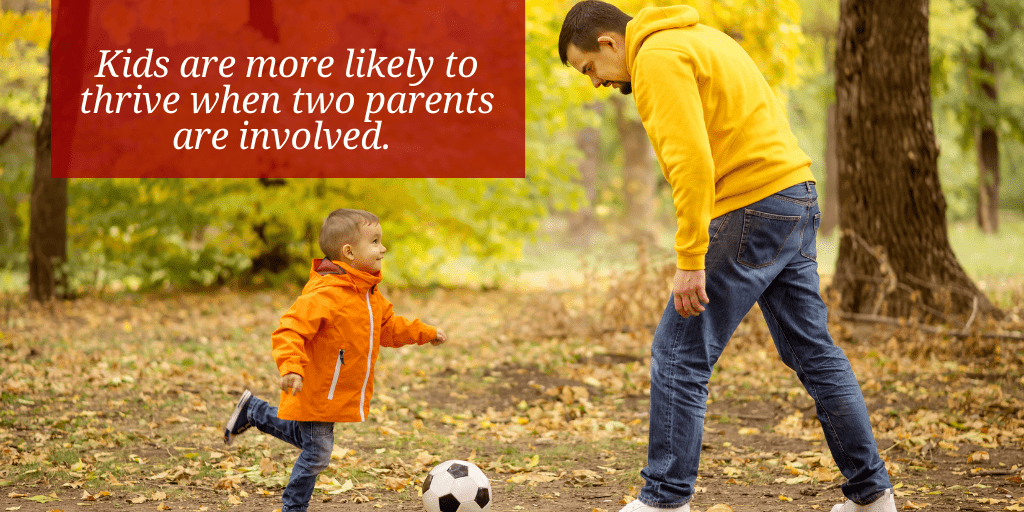 This requires co-parenting. Divorced parents can commit to raising their child or children as a team, even if they are no longer together as a couple. To make co-parenting successful, good communication is necessary. Both parents must be willing to compromise when it comes to important issues for their child, such as rules, discipline, routines, school matters, and extracurricular activities. Divorcing couples that have trouble with communication and compromise might benefit from an experienced Lancaster custody lawyer who can shepherd them through the process of custody hearings and arrangements.

Never Fight in Front of Children

Anger towards an ex-spouse is natural. After all, divorces are one of the most stressful life events someone can experience. However, even casual arguments in front of a child can lead to serious emotional issues. Children tend to internalize their parents’ arguments, making the child feel anxious, depressed, guilty, and even responsible for the fight.

Heated arguments can also have legal ramifications. For example, shouting at a former spouse with a child present can be used to support accusations of abusive or overly aggressive behavior in a custody hearing. As such, a parent who has difficulty keeping calm around their ex should reach out to a Lancaster custody attorney to provide advice on the best ways to handle these sensitive situations. Communicating through a lawyer is especially helpful in volatile situations.

Both parents need to demonstrate that they appreciate the time they have with their children. The easiest way to convey this to a child is to honor the custody agreement to the letter. Missing planned visits or rescheduling time with children can make them feel unwanted. Similarly, both parents need to respect the visitation time the child has with their ex-spouse. Mothers and fathers should hand the kids over at the exact agreed-upon time and never make them feel abandoned by skipping allotted times. 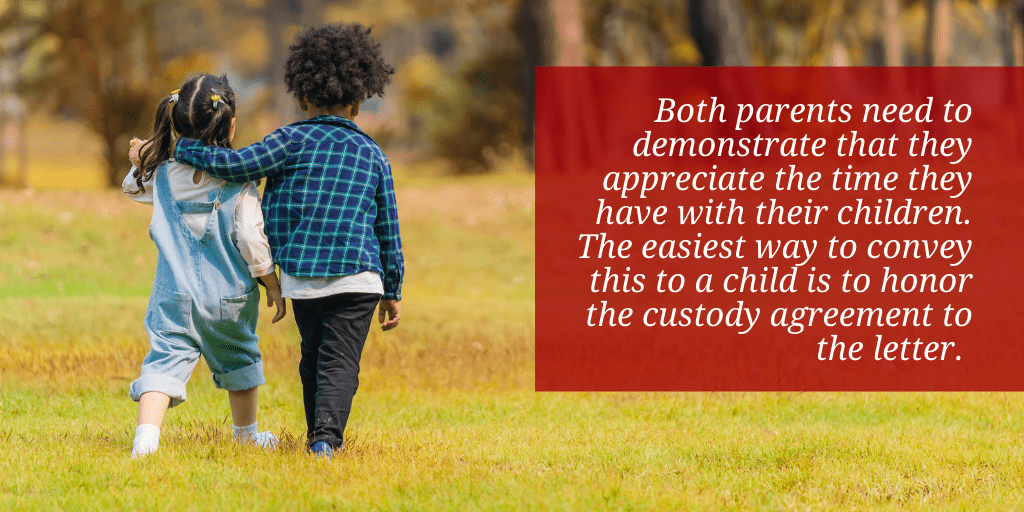 Notably, judges frown on parents who do not follow the dictates of a custody agreement. As a result, the parent breaking the agreement will be at a disadvantage in upcoming custody hearings.

Of course, sometimes unexpected situations come up. This is a normal part of life, and an occasional, mutually agreed-upon schedule adjustment is sometimes needed. But avoid making changes a regular occurrence. Custody rule violations–even seemingly minor violations–can come off as deeply disrespectful to both the other parent and to a custody hearing judge. The parent who doesn’t stick to the schedule on a regular basis may end up with less visitation time.

Be Smart With Social Media

When dealing with divorce and custody proceedings, it may be wise to simply stay off social media or stop posting. Although almost everyone uses social media, posting about a divorce or custody case can hurt you in court. There are several serious risks when it comes to venting on social media. The biggest two are the effect on children and the impact on the case. Even parents’ “private” accounts often end up on their children’s radar. It is best to assume that kids can see any social media posts now or in the future. Seeing one parent complain about the other can end up hurting the child’s perception of both caregivers and can cause the same self-esteem and guilt issues as experienced when they see their parents fighting.

Social media posts can also hurt a custody case. Before posting anything, think about how a judge would view a post. Party photos, expensive vacations, new romantic partners, or even purchases like a new car or furniture can all seem like good fun, but they can have unintended consequences in court.

As children get older, their unique needs evolve, too. Each custody arrangement is formed in response to these needs, and they need to grow alongside the children. The schedule that worked when a child was in the fourth grade probably won’t work when that child is juggling extracurriculars or an after-school job in high school.

Parents’ lives can affect the custody schedule, too–changes in income, career, or location can make a big difference in their ability to spend time with their children. A Pennsylvania family law attorney can help adjust custody agreements in a way that suits all parties’ needs and help ensure children can live their lives to the fullest.

Parents can protect their children by making the custody process easier for themselves. Going and Plank’s custody lawyer is ready to defend their rights. Contact us today and get guidance on custody arrangements, family law, divorce, and getting a fair custody hearing.